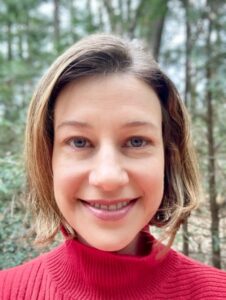 Not doing much during the pandemic?  Don’t sweat it.

Ingrid Nelson, associate professor of English at Amherst College, says this isn’t the only time we’ve done nothing.

Ingrid Nelson is an Associate Professor of English at Amherst College. She studies medieval literature and poetry, with a focus on the premodern history of ideas.

We’ve been hearing a lot lately about the benefits of doing nothing for your health, productivity, and society as a whole. These ideas are only the latest iterations of the long history of idleness as a Western philosophical and ethical concept.

Ancient Romans developed a model of civic leisure called otium. To practice otium meant retiring from the business of the city in order to study politics, philosophy, and history, and to write new works in these disciplines. Cicero and Seneca argued that these activities not only provided personal enrichment, but also benefitted society as a whole.

Even so, the Roman philosophers were careful to distinguish otium from self-indulgent idleness, or sloth. In the Middle Ages, theologians sharpened this distinction. They identified sloth by its Latin name, acedia, as one of the seven deadly sins. But they also praised the contemplative life of monks, nuns, and hermits that consisted of activities like study and prayer that served the greater good.

In modern exhortations to “do nothing,” these two concepts of otium and acedia collide with our capitalist productivity culture and the omnipresence of technology. One kind of doing nothing aligns with the concept of otium as a social good, encouraging walking, reading, and engaging with your community instead of your smartphone. And the wellness movement’s treatment of idleness rebrands the medieval sin of sloth as a virtue, personal downtime as beneficial to your health. To decide whether you should do nothing, then, it helps to think about which kind of idleness you are choosing, otium or acedia, civic leisure or personal rest.