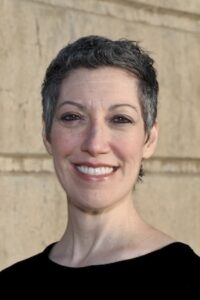 On Misericordia University Week: Interactions with those we dislike or ignore, could have important ramifications for the future.

Alicia Nordstrom, professor of psychology, details how one project is doing just that.

Dr. Alicia Nordstrom is a professor of Psychology at Misericordia University in Pennsylvania, USA. Her research interests include interventions to reduce stigma and stereotypes and stress and mental health in college students. Alicia is the creator of the stigma reduction program The Voices Project and The Voices Project: Disability (Electric City/Diamond City Best Theatrical Performance Award in 2012). Her most recent program, The Voices Project: Mental Health, was performed at the Broadway Bound Theatre Festival and broadcast on PBS as a documentary.  The Voices Project won several awards for its efficacy in reducing racism in college students including the Society for the Psychological Study of Social Issues Innovative Teaching Award and the Social Psychology Network Action Teaching Award.  Alicia is also an actor, director, writer and producer of theater, sketch, improv, and film.

Why do we hate and fear people that we have never even met?   Like the fans of a rival sports team or the person walking towards you down the street.  Our brains evaluate others so quickly that stereotypes cloud our judgment before we even realize it.  As a Psychology professor, I developed a class assignment called The Voices Project to reduce stereotypes and prejudice in my students by having them interview a person from a social group that they disliked and write a memoir about the life of their interviewee.  My students were not thrilled about this, but they returned to class after their interviews and said, “That was just a regular person!”.   Which is exactly what we all are—just regular people.

I worked with an interdisciplinary team of faculty and we used these stories to create a staged reading program that was performed to the campus and community.  These stories—written by first-year students– became a social justice mouthpiece for ignored, misunderstood, and stigmatized groups.

I did this project again with a focus on physical disability and most recently on mental health.  Both times, the stories were filmed as documentaries and aired on our local PBS channel.  The mental health version was also performed in NYC as part of the Broadway Bound Theater Festival.

As I researcher, I collected data that showed that The Voices Project reduced racist attitudes in my students and reduced the stigma of mental health in the audience members who watched the shows.  So go talk to someone new, somebody you don’t know, and maybe even that you don’t like.  One conversation can change your mind.