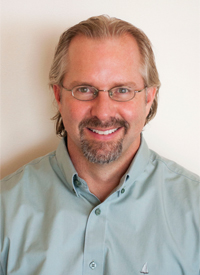 This is Best of Week on The Academic Minute: For the Best Health Segment Award: Gregg Henriques, professor of psychology at James Madison University, discussed a new way to think about depression.

Dr. Gregg Henriques (Full Professor) has been in the JMU C-I Clinical and School program since 2003. He became director of the program in 2005. In addition to providing administrative oversight of the program, he also engages in clinical supervision and teaches courses on social and personality psychology, integrative psychotherapy and history and systems. His primary area of interest is in the development of a new unified approach to psychology, about which he has published extensively. In 2011 he outlined his approach in a book, A New Unified Theory of Psychology, (Springer, 2011). For the past several years, he has authored a Psychology Today blog called Theory of Knowledge, which offers weekly blog posts on a wide variety of topics related to his view for a more unified field.

A New Definition of Depression

What is depression? Is it a normal reaction, a problematic way of coping, a disease of the brain? Even though depression is a leading cause of disability worldwide, there is much debate about exactly what the term means.

To see why, take a moment and imagine a television commercial that begins with an attractive woman isolating herself at a party, gripped in the throes of a seemingly inexplicable sadness. A soft voice inquires and informs, “Have you experienced periods of depressed mood? Have you lost interest in things you used to enjoy? Depression is an illness. Ask your doctor about new antidepressant treatments available.”

Now imagine a different commercial. This one begins with an impoverished woman getting slapped by her husband. Her three children are having difficulties in school, and she has little in the way of social support. Here the “depression as illness” picture is less convincing.

The point is that different portrayals can lead to very different notions regarding the nature of depression. Yet, depression is a major public health issue, and the ideas that guide our understanding of the condition influence public opinion, health policies, treatment strategies, and research.

Although many have argued that depression is best considered a disease of the brain, I disagree. I advocate for what is called the Behavioral Shutdown Model of depression. It states that we should start by defining depression as state of behavioral shutdown. Specifically, it is where an individual’s psychological energy shifts from the positive to the negative, and makes them feel shut down. The cause of the shutdown can be many things. It might involve major stressors, poor coping, or a neurobiological system vulnerable to what some call the sick role.

It is by considering depression to be a state of behavioral shutdown that we can bring many different perspectives into alignment and advance our understanding.