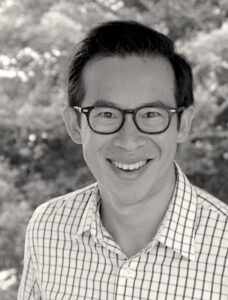 This segment from 2011, Kyle Meng, PhD candidate at Columbia University, told us why El Nino was responsible for civil wars around the globe.

Current Bio:
Kyle Meng is an Assistant Professor at the Bren School and the Department of Economics at the University of California, Santa Barbara. He is also a Faculty Research Fellow at the National Bureau of Economic Research (NBER). His research is primarily in environmental, energy, and resource economics with a focus on advancing the empirics of climate change economics. He has published and forthcoming articles in various peer-reviewed economics and science journals, including the American Economic Review, Ame

rican Economic Journal: Applied Economics, Nature, and PNAS. He received his Ph.D. in Sustainable Development from Columbia University and his bachelor’s in Civil and Environmental Engineering from Princeton University.

Historians have argued that at various point in history, changes in climate have led to increases in violence–in some cases, even the collapse of civilizations. But these examples are drawn from hundreds, or thousands, of years ago. Could this be the case today, even after decades of unprecedented industrialization, globalization and political reforms?

It turns out that parts of the world are still very sensitive to changes in the global climate. Some recent work I and colleagues did examined the effects of El Nino a natural climate cycle that every three to seven years brings hotter, dryer weather to large parts of tropical Asia, Africa and South America. We found that when El Nino arrives, the chance of civil war in affected tropical countries doubles. Over the second half of the 20th century, we calculated that roughly one-fifth of all civil wars could be attributed to El Nino.

Why? We think El Nino can be destabilizing for many reasons. Crops may fail; food prices might rise; unemployment might increase; diseases might spread; and tempers might flare. Obviously, there are deeper, underlying reasons for any civil war: poverty, long-term inequality, and ethnic rivalries may all play parts. El Nino may just supply the trigger.

We are not helpless against El Nino. One major accomplishments in modern atmospheric science is our newfound ability to forecast strong El Ninos up to two years in advance. We hope that by understanding the relationship between climate and conflict, our societies and institutions can better prepare for future climate shifts and their consequences.