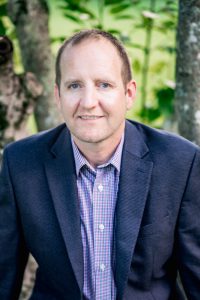 Did Donald Trump inherit a playbook from J. Edgar Hoover?

Stephen Underhill, associate professor of communication studies at Marshall University, explores how one led to the other.

Stephen M. Underhill is an Associate Professor in the Department of Communication Studies at Marshall University. His interest in rhetoric is grounded in the interplay of history and politics, especially as it is recorded in primary source documents. More to the point, he is interested in studying institutionalized power in critical and cultural contexts, which directs his focus to matters of law enforcement and national security discourse. Stephen is interested in how law enforcement speaks to and about its different publics to preserve and defend power structures. He is published in Rhetoric & Public Affairs, Quarterly Journal of Speech, and Western Journal of Communication. His forthcoming book from Michigan State University Press, J. Edgar Hoover and the Rhetorical Rise of the FBI, is a formative project that coupled his interests in rhetoric and archival research. Dr. Underhill is a nature enthusiast and enjoys hiking, white-water rafting, skiing, camping, and the great outdoors.

J. Edgar Hoover and the Rhetorical Rise of the F.B.I.

Donald Trump announced at the 2016 Republican National Convention that his “plan will put America First. Americanism, not globalism, will be our credo,” said Trump. This reference to Americanism   revealed that the political world of fake news would guide his leadership. Trump is the protégé of Roy Cohn, who was mentored by FBI Director J. Edgar Hoover. The director steered Cohn to witch-hunt Communists with Senator Joseph McCarthy (R) after Cohn prosecuted the Rosenberg case.

Cohn and McCarthy helped Hoover represent Cold War America as a world of intrigue where everyday people could be international spies. More than just espionage, said Hoover, America was also a scene of revolution where guerillas plotted with Moscow to overthrow the government. Hoover used the term “Americanism” to represent a mindset of preparedness against this imaginary menace.

He staged a masquerade to discredit members of the civil rights movement, organized labor, and the New Deal. Hoover accused them of being a “Fifth Column,” akin to Trump’s “Deep State,” which cost thousands of Americans their jobs.

Hoover brainwashed Americans to see cultural changes as signs of treason. He developed a propaganda mill with FDR that promoted their leadership. After Roosevelt’s death in 1945, Hoover turned it against Harry Truman, who wanted to fire the director. Hoover then charged that a Communist conspiracy targeted the FBI and coordinated an anticommunist offensive between Republicans and Southern Democrats. His propaganda incited the Red Scare and reinvented the Republican Party.