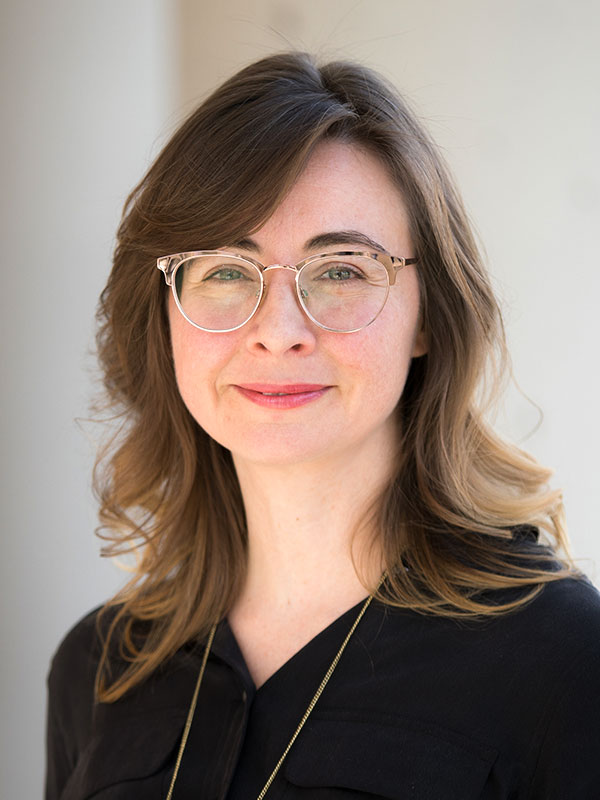 On Albert Einstein College of Medicine Week: Your gut may decide how you react to a medication.

Libusha Kelly, Ph.D., is associate professor of systems & computational biology and of microbiology and immunology. Dr. Kelly’s background in structural biology, machine learning, information theory, high throughput genomics, metabolomics, and microbial ecology, allows her to bridge the gap between fundamental questions in the ecology of complex communities of microbes and clinical applications of microbiome research.

Dr. Kelly’s lab studies the interplay between genetic diversity, ecosystem function, and clinical phenotypes in the microbial communities that inhabit the human body. The lab focuses on the how microbes metabolize drugs in the guts of human patients and how viruses of microbes might influence ecosystem function in the human body. In part, the lab has 1) shown that individual microbiomes metabolize the anti-cancer drug irinotecan differently, with possible implications for drug toxicity; 2) identified hundreds of potential microbiome/drug interactions computationally and experimentally verified that the ovarian cancer drug altretamine is metabolized by the microbiome; and 3) identified novel viruses in the ocean that also inhabit the human body.

Dr. Kelly started her scientific career working on the Human Genome Project as a bioinformatics specialist at the Stanford Human Genome Center after graduating from Stanford University. She earned her Ph.D. in Biomedical Informatics at the University of California, San Francisco, working with collaborators to predict the impact of single nucleotide variants—the most common form of human variation—on the function of human drug transporters. In another lab at Stanford, Dr. Kelly’s work revealed previously unknown conserved structural features associated with human diseases in ABC transporters. As a postdoctoral researcher at the Massachusetts Institute of Technology, Dr. Kelly shifted her focus to genetic variation in the microbial communities of the global oceans. Her work revealed an active and dynamic role for viruses as metabolic engineers of bacterial cells in the ocean.

We’ve known for some time that people’s genetic makeup can affect how they respond to a medication.

In addition, variations in the human gut microbiome – the population of bacteria and other microbes that live in our digestive tract – can influence the effects of medical treatment.

We’ve learned that the composition of gut bacteria may explain why up to 40% of patients can suffer life-threatening reactions after taking irinotecan, a drug for treating metastatic colorectal cancer.

Irinotecan is an important weapon against this type of cancer, but giving ill patients a treatment that causes intestinal problems can be very dangerous.

Typically, enzymes in the body’s liver cells metabolize the drug into an active, toxic form that kills cancer cells. Other enzymes then convert it back to an inactive form.

We studied fecal samples from healthy people and found that some of them were high metabolizers of the drug irinotecan. That means that their gut microbiome reactivates the drug, which causes those serious side effects.

When we did a further analysis, we discovered that the microbiomes of the high metabolizers had significantly higher levels of previously unreported types of enzymes that reactivate the drug into its toxic form.

Sometimes, physicians can use antibiotics to kill the bacteria that produce these enzymes. But those drugs can kill protective gut microbes as well.

Our findings suggest that the composition of a cancer patient’s microbiome could be used to predict – and potentially prevent – his or her risk for an adverse reaction to the drug—something we hope test further. We are also developing computational approaches to predict other drugs the microbiome can interact with. Our preliminary work suggests that there are many more microbiome/drug interactions that remain to be discovered.