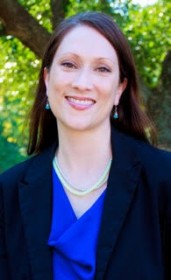 Does political humor look the same when aimed at female candidates?

Heather Yates, assistant professor of political science at the University of Central Arkansas, delves into this question.

The intersection of humor and politics in America is a time-honored tradition, and in the modern era, is a common fixture in popular entertainment.

Humor can be used to inoculate audiences against a difficult truth or an awkward moment.  When it’s aimed at public figures, jokes are used to exploit weaknesses, and amplify human flaws.

In the US, politics has been long defined by masculine norms, jokes aimed at women politicians may yield different effects than when aimed at men. Rarely are men viewed negatively after being subjected to a political joke.

But what happens when marginalized groups begin to break into politics?  Since women have a shorter established tenure in politics, are the jokes aimed at them more harmful?

Studying popular entertainment offers some insights.  A content analysis of the popular HBO series VEEP starring Julia Louis Dreyfus as Selena Meyer, the nation’s first woman VP, and later, President—illustrates what effects political humor might have on an audiences’ views of women politicians.

First, jokes aimed at women politicians commonly portray her as a “fish out of water.” For the joke to have an effect, it labors under the assumption that public office is a masculine space where women must undergo a masculine transformation in order to fit in and succeed.

Second, humor commonly relies on sexist content for its desired effect, reinforcing what sociologist Susan Douglas calls “enlightened sexism”—when overt sexism and gendered prejudices are rendered invisible by a joke intended to mock feminism and convey its lack of utility in modern society.

Third, the playful ridicule of women politicians can quickly turn from politics-as-play to play-as-punishment for women.

Jokes satirizing women in politics risks conveying to audiences that the only way a woman is taken seriously in politics is by internalizing the traditional masculine norms of the office.