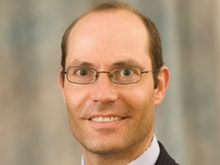 On University at Albany Week: Is terrorists’ violent behaviors driven by an ideology?

Gary Ackerman, associate professor in the college of emergency preparedness, homeland security and cybersecurity, looks into this question.

Associate Professor of Emergency Preparedness, Homeland Security and Cybersecurity Gary Ackerman’s research focuses on understanding how terrorists and other adversaries make tactical, operational and strategic decisions, particularly with regard to innovating in their use of weapons and tactics. Much of his work in this area is centered on the motivations and capabilities for non-state actors to acquire and use chemical, biological, radiological or nuclear weapons.

Ackerman, who grew up in South Africa, joined the University in the Spring of 2018. In addition to his faculty position at Albany, Ackerman is the founding director of the Unconventional Weapons and Technology Division at the National Consortium for the Study of Terrorism and Responses to Terrorism (START), to which he remains a senior advisor. His previous positions have included research director and special projects director at START, and before that the director of the Weapons of Mass Destruction Terrorism Research Program at the Center for Nonproliferation Studies in Monterey, Calif.

Ackerman has headed more than ten large government-sponsored research projects in the past five years dealing with various aspects of counterterrorism policy and operations. He is the co-editor of Jihadists and Weapons of Mass Destruction (CRC Press, 2009), the editor of a special issue of the Journal of Strategic Security titled Designing Danger: Complex Engineering by Violent Non-State Actors, Volume 9, Issue 1 (Spring 2016) and has authored over seventy publications relating to various aspects of terrorism and weapons of mass destruction. Ackerman is an associate fellow at the International Centre for the Study of Radicalisation in the United Kingdom, as well as an associate at the Global Catastrophic Risk Institute and the Project for Future Human Flourishing. Ackerman was a member of the WMD Expert Advisory Group of the Information Sharing Environment initiative, Office of the Director for National Intelligence (2007-2008) and has testified on terrorist motivations for using nuclear weapons before the Senate Committee on Homeland Security in April 2008.

Defining What Drives A Terrorist

In April, nine Sri Lankan suicide bombers orchestrated one of the deadliest terrorist attacks in modern history, killing about 250 people and injuring another 500. Notably, the bombers were mostly well-educated, from middle- to upper-class families, and all were Sri Lankan.

Like similar attacks that proceeded it, many of us were left wondering the same question – what drives someone to terrorism?

My research focuses on understanding how terrorists and other adversaries make tactical, operational and strategic decisions.

Conventional wisdom tells us that ideology could play a role. However, the relationship between terrorists’ ideology and behavior continues to be hotly debated among scholars in our field.

My colleague Michael Burnham and I decided it was time to do something that helps shape this discussion.

We quickly realized that much of the problem boils down to the fact that no-one really knows or agrees on exactly what a terrorist ideology is, and how it differs from other types of beliefs, goals and judgments. We therefore constructed a new definition for a terrorist ideology, influenced by nearly 300 articles and books. Through our analysis, we identified ten major conceptual components out of 46 distinct descriptions of the term.

We believe this new definition can serve as a framework for researchers, helping to reveal which aspects of a terrorist organization’s ideology are most relevant to its violent behavior. Or, at the very least, it can be used by terrorism scholars to analyze terrorist behavior in a more systematic and scientific way, sparking a renewed and more precise consideration of this important topic.