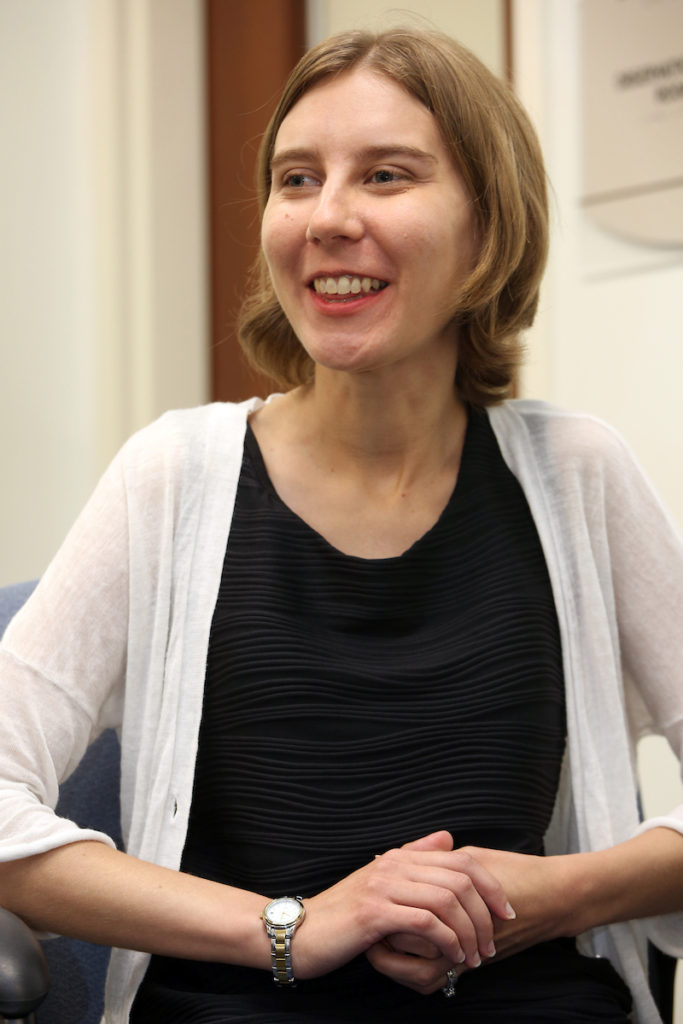 On Franklin & Marshall Week: Being bilingual can have advantages.

Jessica Cox, assistant professor of Spanish and linguistics, delves into the benefits.

Jessica Cox researches the relationships between language and cognitive abilities in multilinguals. She has also studied factors that influence second-language learning including previous language-learning experience, working memory, and cognitive aging. She holds a PhD in Spanish Linguistics from Georgetown University and a BA in World Languages with a Concentration in Spanish from Gettysburg College.

In immigrant-receiving countries such as the United States, families decide every day what language or languages to speak at home. What effects do these decisions have on people once they’re adults? My research has focused on bilinguals in the US who speak Spanish at home and also speak English, but may be applicable to people from other linguistic and cultural backgrounds, too. We’ve found that in Pennsylvania, people who spoke both Spanish and English very well had advantages when learning a new language.

So, bilinguals need opportunities to develop both of their languages to high proficiency to be able to reap this benefit. Also, people who codeswitched (or went back and forth between Spanish and English in a conversation) did not necessarily have poor language skills. They often switched languages for emphasis or to clarify the precise meaning that they intended, not because they didn’t know how to say something in one of their languages. In other words, they took advantage of having two languages at their disposal to communicate effectively, which shows sophistication. So, there are many reasons why maintaining a home language other than English can benefit individuals and communities in the United States.

And for people who didn’t grow up speaking a minority language at home, my research has also shown that adults can learn a new language even into older adulthood. When learning Latin, adults over the age of 60 and young adult learners between the ages of 18 and 27 scored equivalently on most tests. So, regardless of age or background, adults can learn a new language with time and practice.