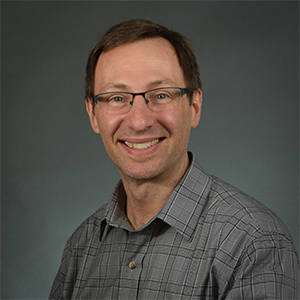 We have genetically engineered food; how about trees?

Jason A. Delborne joined NC State in August 2013 as a Chancellor’s Faculty Excellence Program cluster hire in Genetic Engineering and Society (GES) and an associate professor of science, policy and society in the Department of Forestry and Environmental Resources. He also serves on the executive committee of the Genetic Engineering and Society Center. Delborne’s research focuses on highly politicized scientific controversies, drawing upon the interdisciplinary field of science, technology, and society (STS). He engages various qualitative research methodologies to ask questions about how policymakers and members of the public interface with controversial science.

Delborne has published peer-reviewed articles in journals such as Social Studies of Science, Public Understanding of Science, and Science and Public Policy, and he co-edited “Controversies in Science and Technology: From Evolution to Energy” (Mary Ann Liebert, 2010). He serves on the editorial boards of Science Communication and Engaging Science, Technology, and Society. In 2010, he received the David Edge Prize, awarded annually by the Society for Social Studies of Science (4S) for the best journal article published in the area of science and technology studies. Delborne recently completed service on a National Academies of Sciences, Engineering and Medicine committee that evaluated the prospects for gene drive research in non-human organisms. The committee’s report, released in May 2016, was titled Gene Drives on the Horizon: Advancing Science, Navigating Uncertainty, and Aligning Research with Public Values.

You might have heard about the devastation of the emerald ash borer, or the fungus that killed 4 billion American chestnut trees in the mid-1900s. Our forests face many threats – from climate change stress to new pests and diseases. But what if we could use biotechnology to protect our trees? I served on a recent National Academies of Sciences, Engineering, and Medicine committee that investigated that question.

Genetically engineered trees for forest health could represent a new frontier in biotechnology, because unlike earlier GMOs, these trees would be intended to spread and persist in the environment.

All the buzz around gene editing would seem to guarantee a quick solution. But trees are large, long-lived, and have complex and enormous genomes, which means that research will be expensive and take decades or longer.

Tree populations already have many important adaptations. So even the fanciest biotech tree will ultimately depend on a careful breeding program to preserve existing genetic diversity.

Our report also wrestled with how to value forests – from extraction of forest products to recreation to ecological services such as water purification, species protection and carbon storage.

Paradoxically, a biotech tree could increase and decrease wildness. If wildness depends upon a lack of human intervention, then a biotech tree will reduce the wildness of a forest. But which would reduce wildness more – the introduction of a biotech tree or the eradication of an important tree species? There are no right or wrong answers. It’s complicated to decide whether and how to use technology to enhance “nature.”

To wrestle with that complexity, our report recommends respectful and inclusive dialogue among experts, stakeholders and communities about how to value forests, and how to assess the risks and potential benefits of biotech. This won’t erase conflict or even guarantee consensus, but deliberative engagement can contribute to decisions informed by expert knowledge and public values.