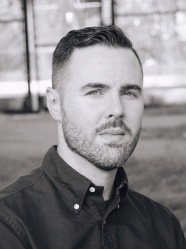 Processed with VSCOcam with a6 preset

On University at Albany Week: How do criminals get their guns?

David Hureau, assistant professor in the school of criminal justice, delves into the illegal gun market in Boston to find out.

David joined the faculty of the School of Criminal Justice in the fall of 2016. He received his Ph.D. from Harvard University in Sociology and Social Policy in 2016, his M.P.P. from the Harvard Kennedy School in 2006, and his B.A. from Wesleyan University in 2001. David is broadly interested in the relationship between crime, punishment, and social inequality, with a particular research interest in understanding the nature of violent crime and its consequences. Recent research projects include an ethnography of a network of young men disproportionately exposed to homicide, a mixed methods investigation of the market for illegal guns, and a policy evaluation of a major gang violence intervention effort. David has served as an NBER-NSF Crime Research Fellow, a Doctoral Fellow at the University of Chicago Crime Lab, an IGERT-NSF Doctoral Fellow in the Multidisciplinary Program in Inequality and Social Policy at Harvard, and a Research Fellow at the Program in Criminal Justice Policy and Management at Harvard.

Illegal guns are a threat to the security of urban neighborhoods, and almost all urban gun violence involves illegal guns. But how do those at highest risk for engaging in gun violence get their guns? Criminologist Anthony Braga of Northeastern University and I conducted a mixed-method study of the underground markets supplying guns to gang and drug networks in Boston to try and answer this question.

Massachusetts has some of the strictest gun laws in the country and is one of a handful of states that also regulate second-hand gun sales. In Boston, most gun violence is concentrated in a few high-risk areas. These “hot-spots” coincide with drug and gang activity.

By recruiting respondents within three criminal networks of gang members and drug sellers, we gathered precise data on gun transactions in the black market, including price, make and model, and origin for 86 illegal guns. We also made use of ATF trace data provided by the Boston Police Department to determine the origin of more than 2,000 handguns Boston police had recovered during crime investigations around the time of our fieldwork.

We found that most illegal guns sell for about twice the price on the legal market, and that higher-caliber semiautomatic pistols were most valued on the street among the young men we studied. Gang guns in Boston were most likely to be older guns originally sold in New Hampshire, Maine or the Southern states along the 1-95 corridor where gun laws are less strict.

While some previous research has suggested that criminals most often get their guns through theft, our study indicated that those at highest risk for violence were much more likely to purchase their guns from street sources connected with small-scale gun trafficking. Furthermore, Massachusetts’ enforcement efforts—in combination with its low levels of gun ownership—have made illegal guns in Boston relatively scarce and highly expensive.