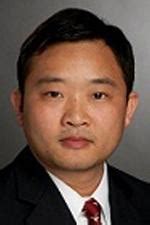 Qiang Wu, associate professor of financial accounting and corporate finance, explores the differences between the sexes in this role.

Our research looks at the impact that Chief Financial Officers’ or CFOs’ gender has on financial reporting decision making. The management of a firm’s financial reporting system is typically the primary responsibility of the CFO. In investigating if there was a gender effect, we examined whether there were differences in the accounting conservatism between male and female CFOs. Often, accounting conservatism is a solid indicator of a manager’s attitude toward risk.