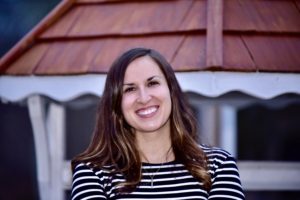 2018 was a good year for increasing the number of women in political office.

Samantha Pettey, assistant professor of political science and public policy at the Massachusetts College of Liberal Arts, examines this shift.

I happily joined the History, Political Science and Public Policy department in the Fall of 2016. I grew up in southeastern Massachusetts and am grateful to be back in such a beautiful part of the state.

My interest in politics began at a young age, so studying politics was a natural fit for me. I love teaching students how our political system impacts their lives, but also how they can make a difference. To that extent, I teach a range of courses on American government but my true passion lies in teaching (and researching) Congress, state and local politics, and women in politics.

Aside from teaching, I have completed a couple of internships and am happy to share my experiences with students on the importance of internships, and getting involved in local communities. I worked on a campaign for a local election as the volunteer coordinator, and interned for a Parks and Recreation department in Texas.

Despite a nearly equal number of men and women in the United States, female political representation has been, and continues to be much lower than male representation at all levels of government. Currently, at the state-level, the average percent of women in all 50 state legislatures is about 28%.

My research focuses on how institutional changes, and demographic makeup can favor the emergence of female candidates and ultimately their success in state legislatures. I find that the 15 states with term limits have a greater number of women candidates running for office. Term limits create a desirable environment for potential female candidates because term limits make being a legislator a temporary, albeit part-time, job. They may incentivize women to run who do not want to be career politicians, but still desire to make a difference in politics.

Further, my research also finds there are a particular set of district demographics that create an environment more favorable to female candidate emergence and success. This phenomena, known as ‘women-friendliness’, was first researched at the congressional level and holds its ground in the states. After controlling for a candidate’s party, women are more likely to run and win in districts that have more Democratic partisans, are more urban, have a more educated population with higher incomes and a greater percentage of women in the workforce. Further, women tend to run and win in districts with greater racial diversity.

The number of women in office had been rather stagnant since the late 1990s but saw a sharp increase in the 2018 midterm elections. Women running and winning in state legislatures have received less media attention than their Congressional counterparts, but Nevada, a state with term limits, now has a legislature with a majority of women. In fact, 4 of the top 10 states for women’s representation have term limits. All in all, 2018 was indeed another Year of the Woman.