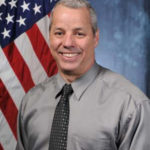 Is there a giant unknown planet beyond Neptune?

Dr. Brown has been married since 1987. He and his wife have nine children.

There are over 1600 known minor planets that exist beyond Neptune’s orbit. These small bodies are called trans-Neptunian objects, or TNOs for short.  Over the last few years, researchers, including our group, discovered the 6 to 12 TNOs that travel farthest from the Sun have similar orbits. This was very puzzling and lead one research team to propose that there is a giant, undetected planet well beyond Neptune, which they called “Plant Nine”. They postulated that gravitation forces from this hypothetical planet have kept six of the largest TNO orbits near each other.

However, our research, published last March, showed that it is not just the TNOs with very large orbits that are close together. A key characteristic of all TNO orbits is also clustered together. This was unexpected because small perturbations from the known, giant planets, like Jupiter, Saturn and Neptune, move TNO orbits a little. These perturbations are slightly different for each TNO, so over time their orbits should spread apart.  We showed that gravitational perturbations from our known planets would cause all the TNO orbits to be spread out evenly in only about 3 million years. Yet they are still clustered together today. What could explain this? Why are the orbits of over 1600 TNO not evenly distributed today?

We also determined that the proposed “Planet Nine” could not explain the clustering of these orbits. Therefore, we concluded that there is no reason to believe this hypothetical planet exists at all. Instead, we postulated that TNOs have only been in their present orbits for less than a few million years. Other recent research we published proposed that TNOs recently moved from inside Neptune’s orbit, which could explain why elements of their orbits are similar today.

There are certainly many more questions that need to be answered regarding these unusual bodies. Hopefully the answers to those questions will help us better understand our Solar System.