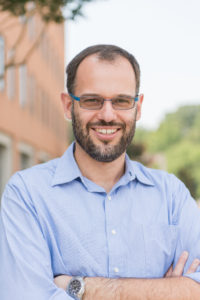 I was previously a Research Associate in the group of Christopher Jarzynski at the University of Maryland, College Park (2011-2014), and a Director’s Funded Postdoctoral Fellow with Wojciech H. Zurek at the Los Alamos National Laboratory (2014-2016). Since Fall 2016 I have been on the faculty of the Department of Physics at UMBC.

The last couple of decades have seen an unprecedented change in our life style. Today it has become perfectly normal to carry your smart phone pretty much everywhere you go, and to constantly share information in social networks and clouds. What most people don’t realize is the threat that arises from this exposure of the most private and sensitive information.

Researchers in physics, engineering, and computer science are working hard to develop better, faster and more secure computers to protect our data. 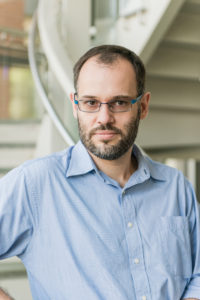 After years and years of failed attempts, we finally stand on the verge of a technological revolution. In the past few years, the first devices have become available that promise to exploit the so-called quantum supremacy. The phrase “quantum supremacy” means that quantum computers are not restricted to working only with 0s an 1s. Actually, there are a lot more quantum states, which are rather exotic and that lie somewhere between 0s and 1s. The sheer number of these extra quantum states makes it virtually impossible to crack information encoded in them.

From good old thermodynamics we have a pretty good understanding how much energy is consumed by classical computers. For example, if we know how many 0s have to be flipped to send a selfie into a social network, we know exactly how much energy will be drawn from the battery of your smartphone. However, due to the rather exotic nature of quantum states quantifying the energy necessary to run a quantum computer is a much harder task.

In our research we have been focusing on exactly this issue. Since quantum computers have all these extra states between 0s and 1s, we need to find new estimates for the amount of energy necessary to flip between different quantum states. For some special cases we have already been successful, but a general theory is still lacking.

Therefore, we are currently working on developing a new theory “Quantum Thermodynamics” that will allow us to quantify the energy we need to operate any quantum computer.