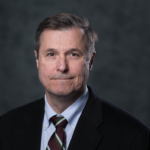 For the Most Popular Segment Award, Robert Linhardt, professor of biocatalysis and metabolic engineering at Rensselaer Polytechnic Institute, explored a new approach to treating Lyme disease.

After 21 years on the faculty of the University of Iowa, Linhardt joined Rensselaer in 2003 as a senior constellation professor. Since 2008 Dr. Linhardt’s group has been working on a collaboration to bioengineer Heparin from E. coli. During his career in Iowa, he spent eight years as the university’s F. Wendell Miller Distinguished Professor of Chemistry and ten years as a member of the Executive Committee of the Center for Biocatalysis and Bioprocessing. Linhardt began his professional career with a three-year postdoctorate in chemical engineering at Massachusetts Institute of Technology.

Heparin is a 100-year old drug, produced from pig intestines, which is widely used as an anticoagulant or blood thinner. We have long known that heparin has many additional activities, including the potential to prevent parasitic, viral, and bacterial infections. Unfortunately, bleeding would be a side effect of using natural heparin as an anti-infective.

In my lab, we are developing bioengineered heparin that is not sourced from animals as a safer and more reliable source of this life-saving blood thinner. Our bioengineering approach has another advantage: we can create designer heparins that have anti-infective activities but no anticoagulant activity.  Our previous research indicates that heparin has potential for treating parasitic infections, such as malaria, and largely untreatable viral infections, such as herpes simplex, hepatitis, dengue fever, and zika.

Now, we are looking at Lyme disease, which is transmitted by tick bite and is caused by a spirochete bacterium.  While Lyme can be treated with antibiotics, even treated individuals can develop persistent long-term arthritis.    My lab, in collaboration with the Wadsworth Public Health Laboratories, is studying the use of designer heparins as a strategy to prevent initial infection following a tick bite.  These designer heparins work by blocking the movement of the bacteria from the blood stream, where it initially enters with a tick bite, into the surrounding tissues where actual infection begins.  We hope that such an approach, in combination with the use of antibiotics, can reduce the long-term complications associated Lyme disease.