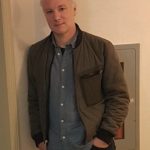 What is settler memory?

Kevin Bruyneel is Professor of Politics at Babson College. He wrote The Third Space of Sovereignty: The Postcolonial Politics of U.S.-Indigenous Relations. He presently writes on the relationship between race, colonialism and collective memory. He is writing a book, entitled Settler Memory: The Disavowal of Indigeneity in the Political Life of Race in the United States, which will be published in the Critical Indigeneities Series of the University of North Carolina Press. He has recently published articles in History & Memory, Settler Colonial Studies, Native American and Indigenous Studies Journal, and The Journal of French and Francophone Philosophy. He was born and raised in Vancouver, British Columbia, the traditional territories of the Musqueam, Squamish and Tsleil-Waututh Nations. Bruyneel completed his B.A. at Simon Fraser University, and his M.A. and Ph.D. at the New School for Social Research in New York City. At Babson College, Bruyneel teaching courses in Political Theory, American Politics, Critical Race Studies, Indigenous Studies, and Radical Politics. He lives in Somerville, MA.

Settler memory refers to the way in which Indigenous people are produced as ever-present and ever-absent in the US context, constantly woven into American memory as a people of the past but invisible as contemporary agents. Settler memory is not a forgetting of Indigenous people or of settler colonialism – that being the fact that the US is built on stolen land. Instead, it refers to the white settler capacity to remember and not remember, to see and not see, to know and not acknowledge its white settler-ness and relationship to Indigeneity.

For a present scholarly project I ask: What is the work that settler memory does in shaping US politics and discourse, especially as it concerns matters of race? The basis for this question comes from my assessment that there is something fundamentally amiss with race discourse and politics in the United States. A vastly underappreciated source of this problem is that Americans on the whole do not know how to talk about settler colonialism or to the degree that they do it is absent or marginalized from or barely attached to the story of race in the United States, and race is central to this nation’s story.

As well, with this project, I look to show how whiteness as a claim to and experience of the privileges of racial superiority is by necessity an experience of white settler-ness; a racial status built upon the dispossession of Indigenous people their land, and the violence required to do so. In the United States, the concept of whiteness is part of the general race discourse, and increasingly so as we talk about such things as white privilege, but whiteness as a settler form of racial superiority is relatively invisible, and this invisibility fuels the hyper-violence of whiteness.