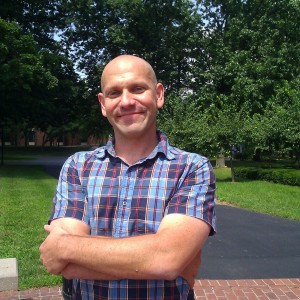 Could a new understanding of our universe be on the way?

Matt Bellis, assistant professor of physics at Siena College, determines how the Large Hadron Collider could bring about a fundamental change to physics overnight.

I’m a particle physicist by training and currently a member of the Department of Physics at Astronomy at Siena College. I received my PhD in Physics from RPI in 2003, working with photonuclear reactions using data from the electron accelerator at Jefferson Lab in Newport News, VA, work I continued when I started a post-doctoral position at Carnegie Mellon University. I then took a research associate position at Stanford University analyzing data from electron-positron collisions as part of the BaBar experiment. I spent a year teaching and doing research at Northern Illinois University before moving to my current position at Siena College. In 2013, I joined the CMS experiment at the LHC through a collaboration with Cornell University. I currently work with Siena students to search for signs of new physics in this rich and exciting dataset.

The Large Hadron Collider and the Future of Physics

The Large Hadron Collider, commonly referred to as the LHC, in Geneva, Switzerland measures 27 kilometers in circumference. It accelerates protons to near the speed of light and smashes them together millions of times a second.

The scope of the engineering behind the accelerator is mind-blowing and is matched only by the scope of the question that scientists are currently trying to answer: how does nature work on the smallest of scales?

The energy of these collisions is so high that new particles are created,through the same mechanism codified in Einstein’s famous equation, E=mc2, Many  of these particle live for only fractions of a second. Particle physicists use the term “decay” for these short-lived particles, but that doesn’t mean they disintegrate. Instead they *transform * into two or more other particles and it is some of *these* particles that live long enough to be observed.

In three of the  four ongoing experiments at the LHC, researchers are studying  one of these particles, known as the top quark. It is the most massive of all fundamental particles and has only been observed transforming  into a handful of other particle combinations, all of which are consistent with our current picture of physics.

However, there are some theories which predict new tranformations , or new “decays.” of the top quark These are sometimes  referred to as “forbidden” decays, only because they are forbidden according to our current knowledge of physics. Any sign of these decays would fundamentally change physics  overnight.

If these decays even exist, they would happen very, very rarely. This is why the LHC runs  day and night to collect as much data as possible. If we observe these forbidden decays, which would mean they are not actually forbidden, then we’ll have changed how we understand the universe.