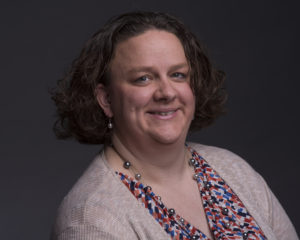 We’re still looking to fully understand prejudice in our society.

Elizabeth Kiester, Assistant Professor of Sociology at Albright College, looks into the intersection of religion and policy on attitudes toward LGBTQ rights.

Dr. Elizabeth Kiester, Assistant Professor of Sociology at Albright College, discusses why what we believe and who we know can affect our attitudes towards individuals who identify as Lesbian, Gay, Bisexual, Transgender, and Queer (LGBTQ).

Elizabeth Kiester specializes in Gender and Family Studies particularly within labor market organizations and globally with regard to immigration.  Research projects include understanding the employment barriers mothers face when searching for a job and how these barriers differ based on state context.  She has also published work that examines the importance of narrative formation when it comes to the successful passage of immigration legislation.  Her most recent project examines the way in which religion acts as a mechanism for what we believe while state polices act as mechanisms for who we know.  Together, these mechanisms have the ability to shape our attitudes pertaining to same-sex marriage and adoption, anti-discrimination legislation, and pro-equality measures.

Dr Kiester teaches a wide spectrum of classes including Sociology of the Family, Work and Family Conflict, Parenting and Technology, and Immigration and Transnational Families.  It is in her classes that she regularly asks her students to consider contemporary, real-world examples of course readings and discussions.  She encourages the use of the Sociological Imagination and seeing the world from another’s point of view rather than passing judgement on something unfamiliar or unexpected.

She received her PhD in Sociology from Utah State University (Logan, UT) in 2014 and her BA in Political Science and Sociology from Carroll College (Helena, MT) in 2001.

When it comes to understanding forms of prejudice in society, homosexuality is clearly one of the most persistent and tenacious forms.  Additionally, there has been a long-standing tension between religious beliefs and attitudes towards LGBTQ individuals.  Yet over the past decade, we have seen an increase in support for same-sex rights across demographic groups. During the same timeframe, we have also witnessed a decline in religious identification and church attendance particularly amongst millennials and an increase in people who claim no religion at all. Regardless of these shifts, tensions remain high as witnessed by the Club Pulse massacre in Orlando, Florida, the anti-trans bathroom legislation passed in North Carolina, and most recently the violent attack at the Las Vegas Lounge in NV.

So what is the role of both religious beliefs and policies in shaping attitudes towards LGBTQ individuals?

What I found after interviewing people with a variety of sexual and gender identities and across religious affiliations was that religion and policy act as dual mechanisms in attitude formation by affecting who you know and what you believe.  I am intrigued by the implications this study has for the future of pro-equality policies.  If religion is a mechanism for producing what people believe, garnering the support of religious leaders in the promotion of such policies may increase public support for such measures.  Employing non-religious information about the innate and biological nature of sexuality may also prove useful.  With regard to policy as a mechanism for who we know, advocates of pro-equality policies may take away from this project the importance of consciousness raising and grassroots movements that relay messages of support, normalcy, and provide contact with LGBTQ individuals.