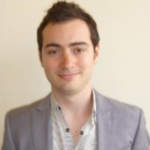 This is Best of Week on The Academic Minute. For the Best Health Segment Award, Matthew Pase, fellow in the department of neurology at the Boston University School of Medicine, looked into whether diet drinks are more harmful than previously thought.

New research has linked higher intake of sugary and artificially-sweetened (diet) drinks to accelerated brain aging. In our studies, we examined a large group of participants from the community-based Framingham Heart Study. Results showed that persons who more regularly consumed sugary drinks such as sodas and fruit juices displayed greater brain aging, including poorer memory, and smaller overall brain volumes.

In a follow-up study, we examined the associations between beverage intake and the risk of developing both stroke and dementia within the next 10-years in an older group of Framingham Heart Study participants. Interestingly, sugary drink intake was not associated with the risk of clinical stroke or dementia in this sample although it may show an association on longer follow-up. However, persons consuming diet soda on a daily basis, as compared to never, were almost three times as likely to have a new stroke or to be diagnosed with dementia within the next 10-years.

Our studies were observational, meaning that we cannot determine whether soda consumption causes brain aging. There were some factors that we could not control for and it is possible that diet drinks were simply favored by those who were unhealthier to begin with. The relationships between diet and brain health are understudied and require more investigation so that individuals can make informed choices about the foods they buy and consume.