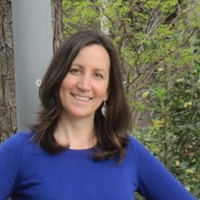 Do the humanities factor into STEM education’s future?

Jennifer Lieberman, assistant professor of English at the University of North Florida, examines the role humanities play in technologic fields.

Jennifer L. Lieberman is an assistant professor of English at the University of North Florida (UNF), and author of Power Lines: Electricity in American Life and Letters, 1882-1952, which is now available from MIT Press and Amazon ($30 for a hard copy | $21 for an ebook). If you are interested to hear about the book before you buy it or check it out from your library, you can listen to this Cultures of Energy podcast, where Dominic Boyer and Cymene Howe interview Jennifer about the book.

At the University of North Florida, Jenni was a 2016-2017 Community Scholar in the Center for Community Based Learning, she is the 2017 Fellow for the Florida Blue Center for Ethics, and she earned UNF’s Presidential Diversity and Inclusion Award in 2017 for her exceptional work in the classroom and community. The student honor society, Sigma Tau Delta, also presented her with an award for excellence in teaching in 2015.

Before she started this position, she completed her Ph.D. in English at the University of Illinois, Urbana-Champaign in May 2011, when she graduated with distinction and with a minor in gender and women’s studies. She also holds a Bachelor of Science in Mathematics and a Bachelor of Arts in English from the University of Florida. From 2011-2013, she was a postdoctoral fellow in Cornell Universityâ€™s Department of Science and Technology Studies (STS). An interdisciplinary scholar, Jenni has held fellowships at the Bakken Library and Museum, the Smithsonian Institution, the Illinois Program for Research in the Humanities, and the National Science Foundation. The research she conducted in these intellectual communities suffuses her teaching and her other scholarly endeavors. In addition to her book, her recent work can be found in JLS (the journal of literature and science, 2017),  Configurations (with Ronald Kline, 2017), History and Technology (2016), The Eaton Journal of Archival Science Fiction (2016), MELUS: Multi-Ethnic Literature in the US (2015), in the collection of original work, Demands of the Dead: Executions, Storytelling, and Activism(University of Iowa, 2012), and in the Mark Twain Annual (2010). She also an article forthcoming in Studies in the Novel (2017).

Since 2004, she has taught courses to conventional and incarcerated college students on topics including composition, gender and womenâ€™s studies, the history of medicine, STS, and American literature and culture including work by multiethnic writers. Her current book project, tentatively titled The Literary and Technological Imaginaries of the American Prison, examines the prison using methodologies from literary studies and STS.

STEM and the Humanities

Can STEM educational initiatives keep us competitive in a global market?

Not without the humanities.

Scientific and technological innovations do not create positive change on their own. For one thing, the humanities help us to ask: what counts as a positive change in the first place?

To illustrate what the humanities can offer to STEM fields, consider a surprising historical example: Jack London. While we remember him today for anti-modern stories like The Call of the Wild, London also wrote about technology. In once-popular but since-forgotten works like Burning Daylight and The Valley of the Moon, London described how large, corporate-owned power systems could be dehumanizing, while isolated power plants could be used reflectively to improve users’ lives.

You might be wondering: why should we care what Jack London thought about electricity? Here are three reasons. First, he tried to become an electrician before he tried his hand at writing, so he understood these systems well. Second, writers do not simply record their current moment for posterity. Writers are perceptive sociological observers who can help us think in new ways about important subjects, including technology. When we consult literary works, we can discover viable alternatives that are not otherwise apparent. Finally, London was correct when he reminded readers that electrical systems weren’t developed in the best or only possible way. The same lesson applies today: human choices can fundamentally alter our technological landscape.

If we want technology to incite positive change, we have to modify the metaphors we use and the stories we tell when we talk about it. That means remembering that STEM and the humanities do not have to be separated and pitted against one another.