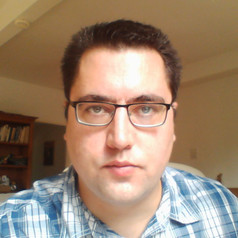 Alex is a postdoctoral researcher in the Fougnie lab at NYU Abu Dhabi. His research utilizes psychophysics, computational modeling, and neuroimaging to understand how humans remember visual information over short periods of time. Alex received a Ph.D. in Psychology from the University of Queensland where he studied change blindness.

When you need to keep something in mind temporarily, such as a telephone number or a list of groceries, you are using working memory. Working memory is the ability to hold and manipulate information in mind, in the short-term. Researchers think it also acts as a gateway to longer-term memories that are more durable and stable. When something is rehearsed in working memory, it can be converted to a more lasting form.

Neuroscientists suggest working memory involves temporary electrical activation of neurons in the brain, while long-term memory involves a physical re-wiring of the brain’s circuits. Only a limited amount of information can be stored and manipulated in working memory at any one time and researchers debate the nature of this capacity limit. Some suggest it’s on the number of items that can be stored while others suggest that items can receive different amounts of a cognitive resource depending on their relevance to the observer.

Working memory ability is correlated with scholastic attainment and performance on a range of cognitive tasks. It develops quickly in early childhood and the teenage years and reaches a peak in young adulthood. Working memory ability declines as we age past young adult hood. The development of working memory is probably related to the development of the pre-frontal cortex, a part of the brain responsible for a variety of ‘high-level’ cognitive functions. Various mental illnesses and learning difficulties have been associated with poor performance on working memory tasks.

However, there is some evidence that your working memory ability can be improved through training. These benefits can be short-lived and specific to the trained task. The hope, therefore, is to find some training tasks which can improve performance on a variety of other cognitive tasks.