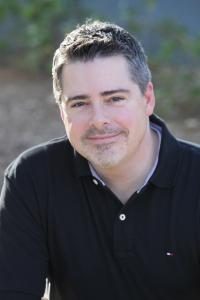 Fathers’ relationships with their sons may be more than meets the eye.

Kory Floyd, professor of communication at the University of Arizona, describes the hidden portions of paternal relationships.

Kory Floyd is a professor of communication at the University of Arizona. His research focuses on the communication of affection in close relationships and its effects on stress and physiological functioning. He has written 12 books and over 100 scientific papers and book chapters, and he is the current editor of Communication Monographs. His work has been recognized with both the Charles H. Woolbert award and the Bernard J. Brommel award from the National Communication Association, as well as the Early Career Achievement award from the International Association for Relationship Research. His newest book, The Loneliness Cure, examines the problem of affection deprivation and identifies strategies for increasing affection and intimacy in close relationships. A native of Seattle, Professor Floyd received his undergraduate degree from Western Washington University, his masters degree from the University of Washington, and his PhD from the University of Arizona.

The Understated Affection of Fathers

Men may not be from Mars, but their ways of communicating are different from women’s. Perhaps nowhere is this more evident than in the relationships of fathers and sons. Outwardly, many father-son pairs appear distant and disengaged. A guy who showers his mom with “I love you”s might offer his father only a stilted handshake.

Men are often chided by their wives or mothers for not being more affectionate with each other, but that criticism overlooks a larger truth: For many fathers and sons, showing affection is more about what they DO than what they SAY. For instance, they may be more likely to show affection by organizing a road trip or helping with a roof repair than by saying “I care about you.”

It’s easy to devalue these behaviors as substitutes for “real” affection, but they aren’t. Instead, they reflect the expectations of traditional masculinity, which privileges qualities like competition, independence, and self-sufficiency. These qualities have their virtues, but they often come at the expense of outward expressions of intimacy, which can convey vulnerability. To compensate, then, men often demonstrate their love through actions rather than words.

Many of the men in my studies say their favorite, most meaningful times together are spent sharing an activity or working on a specific task. To them, these behaviors are every bit as meaningful as words, kisses, and hugs. They are expressions of love, and they deserve to be honored, rather than belittled.