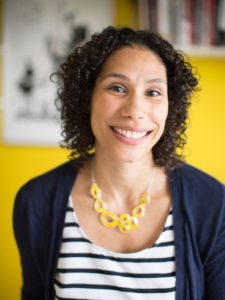 Incarceration of a father can have lasting impacts on a child’s schooling.

Anna Haskins’ scholarly interests are in the areas of educational inequality, social stratification, race and ethnicity, and the intergenerational social consequences of mass incarceration. Her current research assessing the effects of paternal incarceration on children’s educational outcomes and engagement in schooling has been published in Sociological Science, Sociology of Education, Social Science Research, Social Forces, and the American Sociological Review.

Through layered examinations of the interplay between three of America’s most powerful social institutions – families, schools and the criminal justice system – her work studies how processes and institutions mitigate or exacerbate social inequities, working to understanding the persistence of racial disparities in outcomes and the role these inequities play in the transmission of inequality or opportunity from one generation to the next.

At Cornell University, Dr. Haskins is currently a faculty fellow on the 2015-2018 Institute for the Social Sciences theme project on the Causes, Consequences and Future of Mass Incarceration in the United States as well as an affiliate of the Cornell Prison Education Program the Cornell Population Center and is actively involved in the Center for the Study of Inequality, teaching its capstone course “Controversies about Inequality” every Fall semester.

Research shows that children whose parents spend time behind bars have worse educational outcomes than kids whose parents haven’t.

But why is that?

My research found that dads who have been incarcerated before their child is 9 years old are nearly 50 percent less involved in their child’s schooling, compared with fathers of the same race and income level who have never been imprisoned.

And it’s not necessarily because they don’t care about their child’s education.

I and my co-author, Wade Jacobsen, found these fathers may avoid their child’s school because they see it as a “surveilling institution” – an entity, like a bank or hospital, that has increased security, keeps formal records and has direct connections to other public agencies – including the police.

Most people don’t think of schools as surveilling institutions. But with their increases in security guards and metal detectors, they can seem that way to people wanting to avoid any further contact with the criminal justice system.

Another reason formerly incarcerated parents opt out of school involvement is to save face. Parents may choose to avoid the stigmatization and family embarrassment that comes with their criminal record being discovered online by teachers, school officials, or other parents.

Given the incarceration rates in this country, nearly one in every 14 children, will experience a parent’s incarceration before adolescence. That’s nearly three kids in every elementary school classroom whose father is half as likely to show up at parent-teacher conferences, attend a school play, read to his child or help with homework.

Schools often offer the resources, information and access to traditional avenues of social mobility that can make or break a child’s future, so a parent’s involvement in their child’s education matters. As the number of young school-aged children with incarcerated parents grows, there may be strong, lasting, and negative consequences from this vicious cycle.