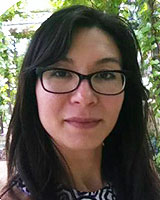 Networking is important in finding a new job.

Laura Gee, assistant professor in the school of arts and sciences at Tufts University, determines which social ties you should tap into first when trying to land a new position.

Laura K. Gee received her PhD in Economics from UC San Diego in 2013. Her research is in behavioral economics — with a particular focus on how individual decision making is influenced by group dynamics. She currently has two main lines of research. One line is about punishment and the provision of public goods including charitable contributions. The second is about the relationship between social networks and labor markets. Her studies rely on both lab and field experiments, as well as observational data.

We all know networking is important for finding a job, but which social ties in your network are most important to contact during your job search?

Stronger ties (meaning a social tie you communicate with often, or share many friends with) may intuitively be more helpful.  However a study from the 1970s found that most people get their job through their weaker ties, which implies that weaker ties are most useful in aggregate, but doesn’t tell us if you could only choose one tie which type of tie you should choose.

We used anonymized data from Facebook to explore this question in 55 countries and in all countries most jobs come from weaker ties. This could be because weaker ties offer new information, but it could also be because people tend to have a lot more weaker ties than stronger ones.  Think about your own network – you probably only have a few really close friends, and lots of acquaintances.  This is also true of the people we looked at on Facebook.  Although most people got their job through a weak tie, it is largely because most ties are weak.