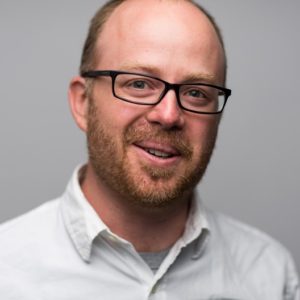 Ryan Kelly, assistant professor in the school of marine and environmental sciences at the University of Washington, discusses why that needs to change if scientists want to get their point across.

As a rule, scientists aren’t trained to be communicators. We’re trained to keep our heads down and be persistent, to think rigorously and to worry about details. We do this–sometimes for years–and write up our findings in academic journals, which aren’t exactly best-sellers.

So it’s no wonder that good science often struggles to find an audience, even when that audience is other scientists: communications and marketing is just not part of the skill set that professional science tends to value.

But neglecting this skill set comes at a cost: a lot of good science doesn’t get read.

We know how often these papers are read because they get referenced by other scientists, and this is how science proceeds: every paper is a small brick in the ever-changing wall that makes up our common understanding of the world we live in.

A project I was involved in recently asked what makes a paper more influential; to our surprise, we found that writing style has something to do with it.

We looked at over 700 scientific papers on climate change and asked whether papers written in a more narrative style might be more influential than those with a drier, more expository style.

Remarkably, we found that writing style really mattered. The most influential papers tended to include things like sensory language, cause-and-effect timelines, and a direct appeal to the reader for a particular followup action. Perhaps even more surprising, we found that the most prestigious journals tended to feature articles that had more narrative content.

We don’t know if the really top journals pick the most readable articles, and that’s why those articles are more influential, or if the more narrative papers would be influential no matter what journal they are in. But we learned a valuable lesson for scientists everywhere: if you want your science to matter, tell a story.