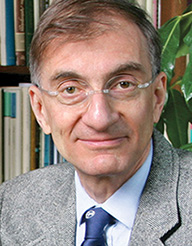 Are more tornadoes occurring than ever before?

Joel Cohen, Visiting Scholar in the Department of Statistics at the University of Chicago, examines this question.

I use mathematics, statistics, and computation to understand populations of single or multiple types of individuals. Quantitative techniques include products of random matrices, non-negative decompositions of nonnegative matrices, random graphs (directed and undirected), eigenvalue inequalities, and various stochastic processes. Recently I have been working on Taylor’s power law of fluctuation scaling. My biological interests include human populations (fertility, mortality, and migration), infectious diseases, food webs, and animal behavior—and variability in all of these areas.

Tornadoes and severe thunderstorms kill people and damage property every year. The United States has more tornadoes than any other country. Most deaths and damages come from tornado outbreaks, which are 6 or more tornadoes in close succession.  A tornado outbreak on February 23, 2016, had 52 tornadoes in a single day. When the weakest tornadoes are excluded, the annual number of reliably reported tornadoes in the U.S. has not increased since the middle of the twentieth century, nor has the number of tornado outbreaks per year increased. But the clustering of tornadoes into outbreaks has changed dramatically. Outbreaks have gotten much bigger, and the bigger the outbreaks, the faster the number of outbreaks per year has increased. It is as if nature were packing a steady number of eggs into a steady number of egg cartons, but now is packing more and more eggs into fewer and fewer egg cartons.

Before more of us get blown away, it would be a good idea to invest more effort in understanding tornadoes today so we know what to expect from them in the future.