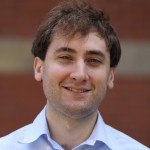 Does being obese protect you from getting certain diseases?

Andrew Stokes, assistant professor in the school of public health at Boston University, explains how this paradoxically way of thinking came to be and what his research says on this debate.

Is it possible that obesity both raises your risk of getting cardiovascular disease or CVD but protects you once you have it? This obesity paradox, as it’s often called, has been found for a multitude of conditions and in a variety of populations. This has led some to conclude that it must be biological. The most common hypotheses say that having extra weight may make a person more resilient to illness or perhaps that obese and non-obese people have different types of disease, with the non-obese subtype being particularly risky.

In our study we investigated whether the obesity paradox for people with CVD could be explained by biases. One commonly cited bias is reverse causality, which refers to the fact that some individuals lose weight when they’re sick, which may create a spurious association between low weight and higher risk of death. This bias is hard to address, despite its potential importance.

We developed a new approach that included data on individuals’ lifetime maximum weight, rather than weight only at time of study, which most studies do. This allowed us to distinguish between people who were never obese and those who were previously obese but lost the weight, a difference that turned out to be very important. The never-obese group was in much better health as a whole, and when it was used to compare outcomes in obese vs. non-obese individuals with CVD, the protective effects of obesity disappeared.

To take it one step further, we also addressed bias related to cigarette smoking, relating to the fact smokers are less likely to be obese and at the same time have higher risks of death, creating the appearance that it’s healthy to be obese. Doing so, we found significantly elevated risks of mortality in obese individuals with CVD. So to answer that original question, can obesity protect you once you have CVD? Our findings suggest the answer is no.