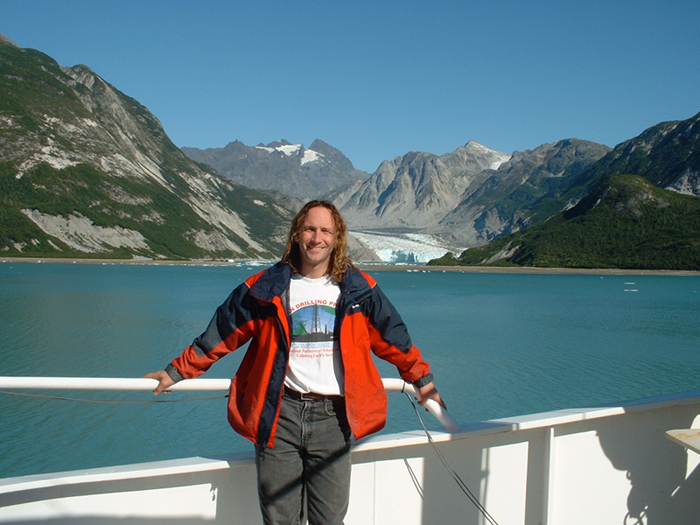 What can erosion tell us about climate change?

Sean Gulick, a geophysicist at the Jackson School of Geosciences at The University of Texas at Austin, explains how climate can grind mountains faster than they can be rebuilt.

Sean Gulick is a research scientist and professor at the Institute for Geophysics at The University of Texas at Austin Jackson School of Geosciences. Gulick is interested in tectonic-climate interactions, the role of catastrophes in the geologic record and marine geophysical imaging. His current projects include tectonic and climate interactions in the St. Elias Mountains and surveyor submarine fan; geohazards and margin evolution of subduction and transform faulting in Alaska, Sumatra, and Japan; and the geologic processes and environmental effects of the Chicxulub meteor impact.

Effect of Climate on Mountain Building

There’s an ongoing debate in the geosciences about the impact climate has on mountain building. You might think that climate is just a detail and that tectonic forces are more important.  However, our research is swinging the pendulum back a little bit and saying that, in some cases, climate can erode mountains at a rate that outpaces tectonics’ ability to construct them.

We studied the St. Elias Mountains in coastal Alaska because it’s a place where both erosion and tectonics are rapid. A tectonic collision rapidly adds material to the mountains, and large, temperate glaciers erode material from the mountains and transport it to the ocean.

We actually measured the material that was eroded by taking a total of 4 km of sediment cores at five locations from beneath the seafloor in increasing distances away from the mountains. Using these cores, we found that erosion rates changed with two transitions in climate. The first one is the start of the Pleistocene, around 2.5 million years ago, when the Northern Hemisphere ice sheets grew and ice ages occurred every 40,000 years. But erosion really picked up in the middle of the Pleistocene about a million years ago when the ice ages got more intense and lasted longer, about every 100,000 years. By adding up all the sediments younger than 1 million years, we found that the material being stripped away from the mountains exceeded the material going into them by 50 to 80 percent.

Directly comparing material added to the mountains by tectonics with that being eroded from the mountains by glaciers over hundreds of thousands of years is something that hasn’t been done before. It helped show, for the first time, that erosion could outpace tectonics in a measurable way. I think now we have to ask, is it true only here or does it affect other glacial mountain ranges?