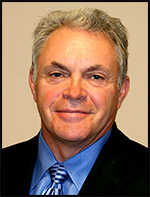 The western region of the US has been experiencing a rash of wildfires.

John Rennie Short, professor of public policy at the University of Maryland Baltimore County,  explains how people living in at-risk areas and the west getting drier is not a good combination.

Globalization, Modernity and the City. Routledge (2012)

We are on record to have another devastating fire season in the western states of the USA. More than 8 million acres are now burning each year.

There are two main reasons behind the growing number of fires. Fire suppression policies that snuff out fires as they appear, which leads to the build up of fuel that is the raw material for larger, more devastating fires, and climate change that is making the west hotter, drier and more vulnerable to fire.

But other forces are at work, often ignored in the popular national media.

The first is the enlargement of what is known as the Wildland-Urban interface (WUI), the area of private land on the edges of national and state forests. Since 1970 there has been a 50 percent increase in the low-density housing that borders state and federal wildlands.

States and local municipalities encourage the process because it boosts the local tax base and generates increased income and new jobs.

Protecting people and property in the WUI has become so expensive it has shifted the priorities of the US Forest Service. In 1990 firefighting accounted for only 13 percent of the Forest Service budget, now it eats up more than half, delaying much needed investment in thinning trees and making forest less resistant to megafires.

The research clearly shows that as the WUI expands and the west gets drier,  we are in for  more dangerous and costly fire seasons in the years ahead.