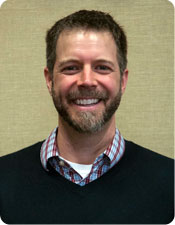 Greg Bell, a medieval history expert at Winthrop University, offers an interesting profile of The Crusades, focusing on the time off the battlefield.

A medievalist at heart, Dr. Greg Bell is fascinated with cultural interaction around the Mediterranean from Antiquity through the Middle Ages. Dr. Bell has an undergraduate degree at the College of Wooster and a Ph.D. from Duke University. He joined the faculty at Winthrop University in the fall of 2014 after teaching history at various universities in North and South Carolina since 2007. In his research and writing, he focuses on the crusades, and has written articles on exchanges among the Western European crusaders, Venetians, and the Byzantines during the eleventh, twelfth, and thirteenth centuries. Dr. Bell teaches the World History courses at Winthrop University as well as classes on the medieval Mediterranean, Antiquity, Africa and Islam, and the crusade movement.

With the US economy recently showing signs of recovery, people across the United States are starting to go back to work.  In fact, there is a long-standing tradition in our country of a strong work ethic.  I study the medieval crusade movement, and the concept of a work ethic is certainly not associated with the people of that time.  The contrary is often true.  Europeans of the period, especially when on crusade, are perceived as unruly and violent, reacting to events haphazardly as they unfold.

As a medieval crusade historian, I have been curious to learn how people managed their time during the Middle Ages, especially on crusade.

When I examine texts written by participants of the crusades, I find that Europeans did occasionally turn to violence and boorishness; however, this was not the norm.  In fact, in my research I have found that crusading pilgrims often set goals and worked hard to ensure they achieved them.  Indeed, those who went on the First Crusade managed to organize and march an enormous and diverse army thousands of miles into foreign, hostile territory and capture the well-fortified city of Jerusalem.  Far from being chaotic and disorganized, the crusaders were calculating and careful in their plans.

Today there is a great deal of concern that people without jobs are left listless, and need an opportunity to get back to work.  During the First Crusade, they spoke of the same issue.  A Christian chronicler named Albert of Aachen described how pilgrims “made licentious and unruly by inactivity” and the need for food “did not listen” to their leader.

Idleness and concerns over food led to contempt and violence.

In response, the crusade leadership was careful to maintain order and discipline, and to keep moving toward Jerusalem, which was their clear goal. They contacted the rulers of the lands they intended to travel through in advance, and made sure that they were not only expected, but also that the cities they would travel through were prepared to offer them markets where they could obtain necessary supplies.

This was especially the case as the crusade army traveled through Muslim territory.  Rather than conflict, money exchanged hands.  As they traveled, violence did occur, but it was often to achieve a military objective.

The ideological ends aside, the crusade army comprised nobles, warriors, peasants, men and women, and even a few monks and churchmen.  They were a representative slice of the Western European population at that time.  It says a lot that these different social groups were able to work together and succeed through hard work and perseverance.