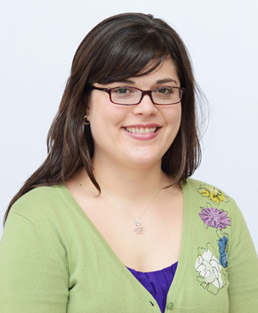 Saturday Night Live premiered in 1975, but satire is hardly a new concept.

Stephanie Pietros, a English professor at Mount Saint Mary College, presents a close read of Shakespeare’s Othello as contemporary theater attendees might have interpreted some inside jokes.

Dr. Stephanie Pietros is Assistant Professor of English at Mount Saint Mary College in Newburgh, NY, where she teaches courses in medieval and Renaissance language and literature as well as first-year writing and literature courses. She holds an M.A. and Ph.D. in English Literature from Fordham University and a B.A. in English and Music from Providence College. Her research is currently focused in two areas: late sixteenth- and seventeenth-century poetry and poetics, and interdisciplinary studies in literature and music. A violinist, she plays with the Greater Newburgh Symphony Orchestra.

You’d be hard-pressed to find a person today who doesn’t recognize the iconic theme music from the 1975 hit movie Jaws. When a song like this one achieves the status of cultural icon, it becomes perfect fodder for use in ironic and parodic contexts—such as the its appearance in the opening of the 1987 comedy Spaceballs, to name just one example.

Scholars have long known that the plays of Shakespeare contain many popular songs—songs that the playwright did not write and which were likely well-known to his audiences. What remains to be uncovered, in many cases, is the history of these songs and what associations and meanings they may have had for audiences as they viewed the plays.

My current research focuses on the “Willow Song” in Act 4 of Othello, which appears in 2 Renaissance songbooks, a tune which 21st-century audiences regard as quite melancholy.

In Othello, the song seems to foreshadow Desdemona’s tragic murder.

Surprisingly, the song had a history of parody, appearing in comedic contexts in two other plays in the two years before Shakespeare’s Othello was first performed in 1604.  If the song signaled both comedy and parody to Shakespeare’s audience—as seems likely—then this scene in the play is perhaps not the great harbinger of tragedy that it’s often read as, but is more akin to the Jaws’ themes use in in the classic comedy Spaceballs.

Similarly, theatre companies today use well-known, contemporary music to draw on their audience’s cultural knowledge and produce particular effects—the Hudson Valley Shakespeare Festival’s production of Othello this past summer employed lots of popular music [while highlighting Iago’s age through his singing of song from the 1927 musical “Showboat”].

[Notably, the production’s Iago sang “Old Man River” from the 1927 musical “Showboat,” a musical choice which emphasized the age of Iago as compared to the youth of the other soldiers, who themselves danced to contemporary hip-hop music.] While much about performance practice in Shakespeare’s theatre is sadly lost to the ages, studying his use of song has much potential in uncovering his plays’ nuances.