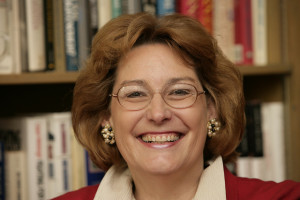 Discussion of presidential executive orders has proved to be a recurring topic of late.

Shirley Anne Warshaw is Professor of Political Science at Gettysburg College, and currently serves as the Harold G. Evans Chair of Eisenhower Leadership Studies. She received her Ph.D. from the Johns Hopkins University, MGA from the Wharton School of Finance and Commerce of the University of Pennsylvania, and B.A. from the University of Pennsylvania. Prior to joining the Gettysburg College faculty, Dr. Warshaw worked in Pennsylvania state government and served in the Governor’s Office under two governors. Dr. Warshaw has written seven books on presidential decision making and numerous book chapters and articles. Her books include The Clinton Years (2004), The Keys to Power: Managing the Presidency (2004 second edition, 1999 first edition), The Domestic Presidency: Decision Making in the White House (1997), Powersharing: White House-Cabinet Relations in the Modern Presidency (1996), Reexamining the Eisenhower Presidency (1994), The Eisenhower Legacy (1992), and most recently, The Co-Presidency of George W. Bush and Dick Cheney (Stanford University Press 2009). She is currently writing an 800-page book on the evolution of the White House staff. Her research focuses on organizational decision structures for presidential decision making.

She has been a consultant to PBS, involved with the presidential debates, and serves on the Council of Scholars for the Center for the Study of the Presidency. She served on the 2000 and 2008 Pew Transition Projects for structuring the White House staff (with a focus on the chief of staff’s office). Dr. Warshaw is a frequent speaker on National Public Radio, guest columnist, and commentator on radio and television on presidential leadership. She has worked with the BBC, CNN, CBS News, PBS NewsHour, C-SPAN, National Journal, Congressional Quarterly, the Hearst Newspapers, Cox Newspapers, Associated Press, Christian Science Monitor, Wall Street Journal, Knight-Ridder Newspapers, Gannett Newspapers (particularly USA Today), Newhouse Newspapers, New York Times, Washington Post, and a host of others for commentary on issues surrounding presidential leadership.

One of my scholarly interests is analyzing the continuing battles between Congress and the president over the limits of the president’s commander-in-chief authority. The tension between the branches has significantly increased in recent decades, regardless of which party controls Congress or the White House.

Partisan divides heighten the debate, but institutional underpinnings always drive it. President Obama and Congress recently wrestled over the prisoner exchange at Guantanamo Bay, for example, which had less to do with the prisoners or the future of the prison than with the limits of the president’s commander in chief authority.

When members of both Houses loudly complained that President Obama had violated the 30-day notice that the law required before any prisoner release or exchange from Guantanamo Bay, the president reacted by reminding them that he had vigorously objected to the requirement.  In fact, when he signed the law, he said, and I quote here, that Congress could not “hinder the Executive’s ability to carry out its military, national security, and foreign relations activities”.

Year after year, Congress has tried to limit the president’s role as commander in chief and routinely those efforts have fallen on deaf ears.  The issue is institutional, not partisan.   During the Bush administration, a Republican-controlled Congress banned torture during military interrogations, but President George W. Bush ignored the ban, arguing that Congress had no constitutional authority to become involved with how the military conducts its operations.  Both Republican and Democratic presidents in recent years have aggressively asserted that Congress cannot pass laws that limit their authority as commander in chief or in national security decisions.

This tug of war between the branches over the limits of the president’s commander in chief authority will unquestionably continue and escalate, regardless of which party controls Congress or the White House. Partisan divides often heighten the debate, but the institutional underpinnings drive the debate.