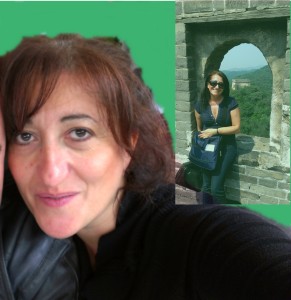 Studying the elements present in our solar system allow researchers to make certain conclusions about its origins.

Dr. Daniela Carollo is a research astronomer at Macquarie University in Sydney, Australia. She born in Italy where she received her M.D. in astrophysics from the University of Turin and earned her spot as research scientist at the Italian National Institute for Astrophysics in Turin (INAF). After six years as researcher there, Dr. Carollo decided it was time for a change of scenery and moved initially to Michigan State University for a visiting scholar and then to Australia to pursue a PhD program in Astronomy & Astrophysics at the Australian National University. She received her Ph.D in 2011 and she was offered the Australian Research Council – Super Science Fellowship at Macquarie University the same year. In 2010 she received the prestigious Humboldt Award in Germany, granted to exceptionally qualified scientists and scholars on all the disciplines. Dr Carollo is author of numerous high impact papers, including a Nature article on the duality of the galactic halo (2007). She is also an accomplished visual artist as she has performed several exhibitions in different location in the world.

Daniela Carollo – A Star is Born

The oldest stars of the Milky Way reside in the halo system, a very extended stellar population that comprises two main components: the inner and the outer halo. Both 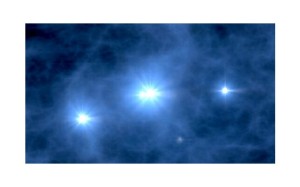 Compared to our sun, these stars are characterized by low metal and high carbon content in their atmosphere.

This difference in the chemical signature is fundamental.

Around 400 million years after the Big Bang, the first stars appeared made mainly of hydrogen and helium.

This pristine population has never been observed, but they left their chemical signature in the next generation of stars. We believe that this signature is carried by the CEMP-no class of stars, and indeed, almost all the most metal deficient stars in the Milky Way belong to this category. 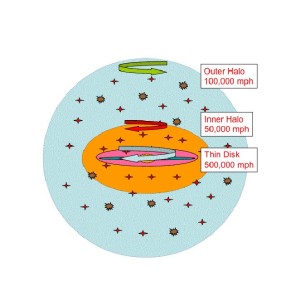 CEMP-no and CEMP-s stars had different ancestors.  In the case of CEMP-no stars, it was the explosion of massive first stars.  The CEMP-s stellar progenitors were intermediate-mass stars with a low mass companion with which it underwent mass transfer.

The discovery suggests the primordial gas clouds that formed the inner halo of the Galaxy were massive and crowded with stars two to three times the mass of the Earth’s sun, while the gas clouds that formed the outer halo were smaller and containing one or few stars that lived a few million years before exploding and producing the distinctive pattern of heavier metals.

This pattern appears in most of the ultra metal poor stars, including the recently discovered oldest star in the galaxy, which is 13.6 billion years old