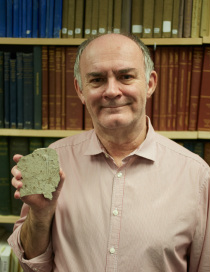 Many people are scared of spiders.

But, Paul Selden, professor of invertebrate paleontology at the University of Kansas, has a different opinion of our multi-legged arachnid friends.

Through a survey of spider fossils, Dr. Selden is helping piece together ancient ecosystems to better understand the world at present.

Paul Selden is a Distinguished Professor in Invertebrate Paleontology at the University of Kansas. He has published extensively on fossil arthropods, especially spiders, and written books on fossil ecosystems. Originally from England, he gained his PhD from the University of Cambridge. 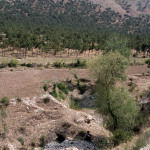 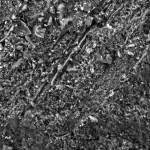 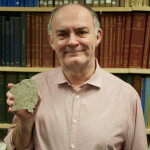 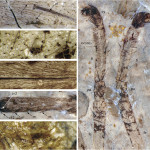 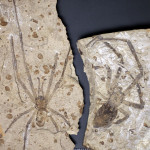 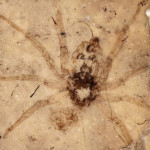 My old aunt used to say:

If you wish to live and thrive
Let the spider run alive.

This proverb exemplifies not only how humans are intrigued by spiders, fascinated by their ingenious web-building or loathed by arachnophobes, but also the importance of spiders as major predators of the insect hordes which have literally plagued mankind over the centuries.

To understand the evolution of the arms race between insects and spiders over geologic time, we need to study their fossils. A soft-bodied spider does not normally withstand being buried in rock for millions of years but, in certain circumstances, spider fossils can be quite common: in amber for example. This fossilized tree resin preserves plant and animal remains from the more recent geological periods; so, to study ancient biodiversity, we need to look elsewhere.

Volcanic lake deposits, where massive falls of extremely fine volcanic ash devastate lake-margin forests, carrying the carcasses to the lake bottom where they are buried in sediment, are a good example. An especially rich locality lies in Jurassic deposits at Daohugou in Inner Mongolia, China. Here, a few hundred spiders have been found alongside many thousands of insects, plants, and vertebrates (including dinosaurs, early mammals, and birds).

The spiders from Daohugou are preserved with remarkably fine fidelity, and some can be identified to modern families. This information helps paleontologists to reconstruct ancient ecosystems more completely. In Jurassic times, the Daohugou area was a lush, lakeside forest, with vegetation festooned in spider webs, like in the tropics today.

So, next time you see a spider, remember the rhyme, and reflect that its ancestors have been around, little changed, for hundreds of millions of years.