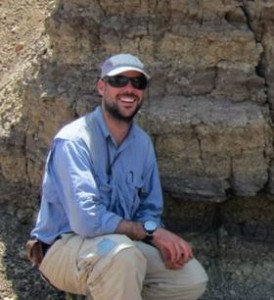 Of all fossils, the Proconsul is among the earliest ever discovered.

Dan Peppe, assistant professor of geology at Baylor University, is studying these fossils to help understand the evolution of all primates.

Dr. Dan Peppe is an assistant professor in the Department of Geology at Baylor University.  His research interests are focused on reconstructing ancient climates and ecosystems in North America and East Africa and on developing new and improved paleoclimate proxies using fossil leaves, sedimentary geology, and paleomagnetism.  In 2009, he earned his PhD from Yale University.

Proconsul is one of the earliest fossil primate groups considered to be apes.  Fossils of Proconsul were originally found in western Kenya more than a century ago, and since then fossils of several species of Proconsul have been found across East Africa.

Based on these collections we know that like all modern apes, Proconsul lacked a tail and probably climbed and scrambled through trees, but unlike modern apes it had a body position more like a monkey.

Although we know a lot about the skeleton of Proconsul and how it moved, we know a lot less about its environmental preferences.  This is because previous researchers have been unable to determine what habitats Proconsul lived in.  This has made it impossible to figure out how environmental pressures might have influenced the evolution of early apes.

Our work on Rusinga Island in Lake Victoria, Kenya begins to address this problem.  At the same site, in the same layers of rock, we discovered fossil remains of Proconsul and fossils of a variety of other mammals, including other primate species, flying squirrels, small rodents, and snakes, together with fossil tree stumps, fossil roots, and fossil leaves.  The remarkable thing about this deposit is that is represents a single interval of time, which means that for the first time we can directly tie Proconsul to a specific habitat.

Our research findings indicate that about 18 to 20 million years ago, Proconsul lived in a dense, multistoried, closed canopy, tropical seasonal forest in a very warm and relatively wet climate.  Importantly, this environmental interpretation is consistent with the habitats that many primates, and especially apes, prefer today.  And on top of that, it nicely agrees with the behavioral interpretations that have been made for Proconsul based on it anatomy.

All together this means that closed, forested environments must have played an important role in the evolutionary history of Proconsul, which helps us be able to begin to more clearly piece together the story of how apes evolved. 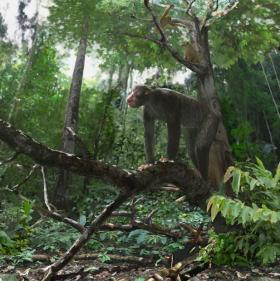