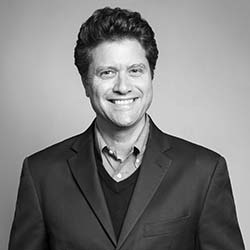 On New York Institute of Technology Week: We need to design cities for a warming climate.

Jeffrey Raven, associate professor of Urban Design at the New York Institute of Technology, has more.

​​Jeffrey Raven is a specialist in sustainable and resilient urban design whose research is applied through his professional practice and disseminated throughout the profession, government, and allied discipline.

As Director of the Graduate Program in Urban and Regional Design, he has shaped the program to engage the fluid, interdisciplinary and global urban design profession that is practiced in the 21st century.

He is a practicing Architect-urbanist, owner of RAVEN A+U, a professional practice with focus on US-international projects and knowledge transfer, including low-carbon communities, green buildings, smart growth, and green infrastructure. Projects in the Arabian Gulf, India, Southeast Asia, Europe and the United States include low-carbon communities, green buildings, and smart growth. Raven contributes to the development of US and international sustainable-resilient guidelines-metrics, including STAR Communities, the Global EcoDistrict Protocol, McKinsey’s Green Districts and Urban Land Institute Technical Assistance Panel. His work expands on the traditional influence and capabilities of architect-urbanists by bridging climate science, policy and design practice).

Cities are leading America’s fight against climate change. Hundreds of mayors have promised to uphold the Paris Climate Agreement goals, and several cities promise to cut their carbon footprints in half by 2030.

However, greenhouse gas mitigation and climate change adaptation are not mutually exclusive. The only way to ensure that cities remain livable is for urban leaders—together with urban designers—to simultaneously cut emissions and help residents adapt to a warming planet.

Developing a region in a denser, more compact form that mixes land use and supports mass transit is a key strategy for greenhouse gas mitigation. Yet these districts can also be concrete jungles, whose surfaces comprise heat-absorbing materials like asphalt, forcing residents to turn up their air conditioning in hot summer months. The challenge is to configure these dense urban districts to reduce the impact of increased urban heat and storms due to the changing climate while enhancing a high-quality, low-carbon lifestyle.

These smart cities intersperse green spaces and parks throughout dense, highly populated areas. They invest in pedestrian and cycling corridors that reduce urban carbon emissions while cooling cities through natural ventilation and shading.

Such climate strategies improve livability and climate resiliency over the long-term, but often are overlooked when city leaders focus exclusively on greenhouse gas emissions or climate adaptation.

Two-thirds of the world’s population will live in cities by 2050, and most of these urban spaces have yet to be designed. Clearly, the urban design decisions we make today will have extraordinary consequences on our planet for generations.