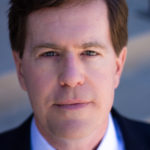 Can raw data change how we listen to music?

Brian Moon, assistant professor of music at the University of Arizona, discusses how the industry is using numbers and algorithms to shape the songs of the future.

Brian Moon is a musicologist who specializes in America’s music. He attended Emory University where he earned a Bachelor of Arts degree in music and classical guitar. Later, he returned to Emory to earn a Masters of Sacred Music degree focusing upon choral conducting. Moon attended the University of Colorado for his Ph.D. in Musicology, where he was a fellow in the American Music Research Center. Moon taught briefly at the University of Colorado, and has taught at the University of Arizona since 2004. Currently, he is an Assistant Professor at the Fred Fox School of Music and the Coordinator of Music in General Studies. He is also affiliated with the University of Arizona’s General Education Academy, a collaborative faculty learning community focusing upon bringing the most effective aspects of distance learning into online teaching.

Moon’s research interest are diverse. In addition to music industry, they include: the African American spiritual, music during the Harlem Renaissance, record stores, Capitol Records, Nelson Riddle, Harry Burleigh, and the history of Rock ‘n Roll. Moon has published an electronic textbook with Great Rivers Learning entitled How Rock Rolled: A History of American Popular Music.

Each day, humans generate 2.5 exabytes of data – roughly a quarter million times the information contained in the Library of Congress, with each online interaction shaping subsequent interactions. All this data changes how we hear music, and how music marketers and distributors do their work.

In the twentieth century, the music industry largely used informed guesses to direct limited resources to distribute and promote particular recordings and artists. These subjective decisions were often based upon seemingly objective pieces of information like the record charts that ranked the music’s exposure. Yet, popularity charts like Billboard have changed their compilation methods often. The assumptions that guide the charts follow the beliefs people have about music, which reflect culture and specific moments in time.

With all the new data, it’s easier to evaluate assumptions about music and to know exactly how fans are responding to new recordings. The music industry is paying attention to how new fans search for music and lyrics, their music search software, the geographical locations of the first fans to engage the music, and social media comments. All of this data can be compared with the actual sound of a recording, which in turn can be analyzed with the patterns created by other hit songs. Cultural assumptions can be verified almost immediately, and music industry practices follow the data, instead of the notions that may never have reflected how people were actually thinking about music.

As algorithms that shape what music earns promotion grow more complex and predictive models suggest what will sell are increasingly accurate, what will we learn about musical tastes, and how will the data affect our approach to listening to music?