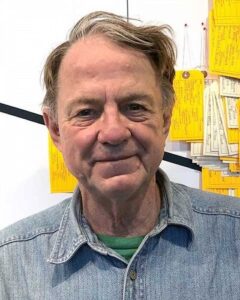 To solve a problem, get to the root of it.

Randall McGuire, SUNY distinguished professor at Binghamton University’s Harpur College of Arts and Sciences, says an easy solution may not be the best one.

We live in a material world that entails ceaseless and varied interactions between people, things and landscapes. People may take that world for granted; yet it shapes our behavior, thought and being even as our desires and actions transform it.  Randall McGuire is an anthropologist who uses the craft of archaeology to explore the impact of the material world on the most diverse realms of human life.  His research seeks to understand how objects and landscapes have joined with human actions, emotions and relations to make and remake society and culture from ancient times to the present.  This exploration has taken him to Pre-Hispanic Trincheras Tradition ruins in the Sonoran Desert, to the 1914 Ludlow Massacre on the plains of Colorado, to a 20th century Yaqui battlefield in Sonora, México, and to the modern border wall that separates Ambos Nogales.  He practices his craft in a praxis that seeks to know the world, critique the world and ultimately change the world.

Walls Will Not Solve Social Issues

Fleeing violence, poverty, war, and climatic change, millions of people have fled their homes in the Global South seeking refuge in the Global North. This modern forced migration entails a material, sensual experience in time. The craft of archaeology has traditionally engaged with the material, the sensual, and the temporal. Archaeologists who study the materiality of modern undocumented migration embrace research that applies the craft of archaeology to the contemporary world. We study the material traces of migration to reveal and comprehend the lived experience of displaced persons. We approach this work in critical solidarity with displaced peoples.

Migrants leave stuff, things like milk bottles, clothing, shoes, personal items, on the trail.  In many places this stuff occurs in great piles. We organize, classify, and plot the objects that are left behind searching for patterns of where things are abandoned and what is abandoned. If somebody just sees this stuff as piles of garbage, that dehumanizes the people that create them. When we analyze the stuff, and show what people are doing, what their behavior is, and how and why they’re making decisions, that humanizes them.

I have researched the U.S. – Mexican border wall between Nogales, Arizona and Nogales Sonora and its impact on local residents and people who cross that border. The wall forces undocumented crossers out into the desert where thousands of people have died in the last three decades. My research reveals the failures of physical barriers to solve contemporary social problems. The solutions to problems such as undocumented migration, drugs and violence do not lie on the border. We must address questions such as why people flee their countries and why the U.S. has such a high demand for drugs? Walls seem like easy solutions, but they do not solve the problems.