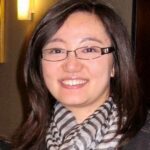 Hate crimes against Asian Americans are on the rise.

Ying Liu, research scientist at the center for economic and social research at the USC Dornsife College of Letters, Arts and Sciences, explores this topic.

Dr. Liu is a behavioral scientist and senior statistician who aims to better understand how we can improve health and education. She received her Ph.D. in quantitative psychology and M.S. in statistics from the University of Illinois at Urbana-Champaign. Before joining USC, she taught many years at Fordham University.

During the COVID-19 pandemic we’ve seen a growing number of news stories reporting horrifying acts of anti-Asian discrimination. But is that reflective of an actual surge of such incidents? Our nationwide study shows that it is.

We found that from June 2020 to February 2021, Asian Americans experienced more threats and harassment than any other racial or ethnic group in the U.S. The number of incidents spiked in late July and November, when Asians were targeted even more than African Americans and Latinos, who are generally most likely to be targets of racial bias.

Our findings were based on data from a nationally representative online panel of more than 7,000 adults. The panel members answer survey questions every two weeks about how the pandemic affects their attitudes, lives and behaviors.

The most recent poll, taken in late February, revealed that in the previous two weeks, 11% of Asian Americans were threaten or harassed. This compares to 8% of African Americans, 6% of Latinos and 5% of white people.

Has the pandemic played a role in this surge? Yes, we see evidence of that.

We asked if the survey respondents were discriminated because they were perceived to have the coronavirus, whether or not they actually did. People who previously experienced this coronavirus-related bias were five times more likely to be threatened or harassed later, for any reason, than those who had not been targeted for discrimination because of the coronavirus. The link was true of all races, but particularly so for people of Asian descent.