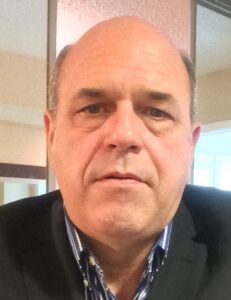 On University of Houston Clear-Lake Week: Education can still happen in correctional facilities.

William Powers, associate professor of history, determines the benefits of such programs.

Dr. William Powers, Jr.  completed his Ph.D. at Texas A&M University in May 1993 in the field of 20th Century US History, specifically– the Petroleum Industry.  His dissertation, “Over A Barrel:  Government Influence and Mergers and Acquisitions in the Petroleum Industry, The Case of Sun Oil Company, 1938-1989” is a macro-economic examination of a politically active Northeastern Petroleum conglomerate.  In 1997 he began teaching history in the Texas Department of Corrections Program at the University of Houston Clear Lake and, in 1999 became the program’s director.  He has served in that capacity for more than 22 years.  He has consulted with various higher education institutions who have made the decision to participate in correctional education and participated and chaired conferences and panels dealing with correctional education.

The Transformative Effects of Higher Education for Incarcerated Students

“Education has given me a new outlook on life,” and “a taste of normalcy” are two responses from previously incarcerated students who describe their education experience behind bars. Personal value benefits accrue to such who participate in the Rehabilitation Through Education Program. These students join the ranks of college-educated citizens. They are beneficiaries of immersion into an environment of working, productive, academic rigor that provides skills and training that transcends the classroom.

The choice of a correctional education program curriculum is an important.one involving such diverse goals as fostering a sense of self awareness and examining the role of self among others through critical thinking and analysis

The positive relationship between educational achievement and the reduced rate at which released offenders return to prison upon their release has been demonstrated in numerous studies.  For example, a Thurgood Marshall School of Law study found that Texas inmates who earned bachelor’s degrees reentered the corrections system at a rate of only 5.6%, while students earning a Master’s degree returned at a rate of nearly zero.

In the short term, “corrections officials also report that…[correctional education]…has a substantial impact on the prison environment…help[ing] to provide structure and lessen the need for supervision.”  A 2017 RAND Corporation paper revealed that  “correctional