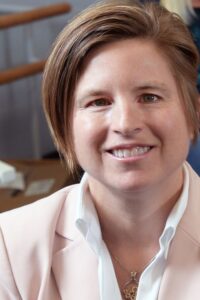 Dr. Ridgel is an Associate Professor in Exercise Science/Physiology. She received her undergraduate degree in Biology from The College of William and Mary in Virginia, a Master’s degree in Biology at Villanova University in Pennsylvania and her Doctoral degree in Biomedical Sciences from Marshall University in West Virginia. Dr. Ridgel completed her Post-Doctoral training at Case Western Reserve University and Cleveland Clinic. Her early work used animal models to examine the neurobiology of movement and the effects of aging on movement. Most recently, she has been interested in how aging and neurological disorders limits movement and cognition in humans. Dr. Ridgel’s current research project examines how exercise can be used for neurorehabilitation in elderly individuals and those with Parkinson’s disease. Her research is currently funded through a National Institutes of Health R21 grant. She has ongoing research collaborations with University Hospital, Case Western Reserve University, the Ohio State University and University of Southern California.

The human brain is made up of about 80 billion neurons with 100 trillion connections. Disruptions in these connections can cause brain disorders like Parkinson’s disease, which affects 1.5 million Americans.  Scientists used to believe that neurons in the adult brain could not repair or reorganize. However, we now know that the brain has an amazing capacity to repair and rewire itself through a process called neuroplasticity. The key to helping the brain repair itself to find the right ‘treatment’.

In progressive brain diseases, such as Parkinson’s, the solution isn’t that simple. Tremor, slow movement and gait/balance issues define Parkinson’s disease but not all individuals have the same symptoms. And the disease is progressive – the symptoms get worse with time — so treatments need to be individualized and adaptive.

Research from our lab has focused on the development of adaptive exercise therapies that can improve Parkinson’s symptoms.  Currently, we are developing a type of exercise cycle for rehabilitation of Parkinson’s patients called Speed Manipulated Adaptive Rehabilitation Therapy or S.M.A.R.T. cycling.

The S.M.A.R.T controller will sense and dynamically alter the cadence and resistance of our motorized cycle to optimize benefits for individuals within and between exercise sessions.

We hope this approach can tap into the brain’s natural ability to repair itself or reroute around injured areas and we will continue to study how adaptive exercise can be used to help the brain rewire itself in individuals with a variety of neurological diseases.