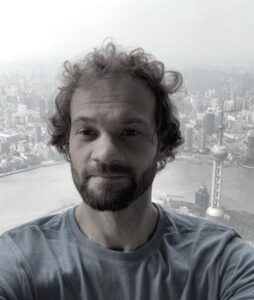 The fair-weather fan gets a lot of contempt from the die-hards.

Kyle Fruh, assistant professor of philosophy at Duke Kunshan University, wonders if these fans have it right after all.

Kyle Fruh is an assistant professor of philosophy at Duke Kunshan University.

Dr. Fruh’s current research focuses on the nature of promises and promissory obligation, moral heroism, and the ethical implications of climate change. His writing in the philosophy of sport on fair-weather fans was done in partnership with Luke Maring at the University of Northern Arizona, Marcus Hedahl at the U.S. Naval Academy, and Nate Olson from California State University, Bakersfield.

Sports bars and academic journals of philosophy probably don’t align much of the time, but in the case of the fair-weather fan, it seems they are in total agreement.

No one likes the fair-weather fan.

The derision showered on them in sports bars is mirrored in philosophical literature, where philosophers of sport are quick to dismiss fair-weather fans as superficial, unknowledgeable, and fickle.

But perhaps the fair-weather fan has virtues that we’ve overlooked – and maybe even more of us sports fans should try to be a bit more like them.

The fact that the fair-weather fan doesn’t have either of these loyalties tends to be seen as his or her signature fault. But consider what the absence of those loyalties allows.

Loyalty, if it is to mean anything at all, must signify support that outstrips available reasons.

The partisan’s loyalty means he or she is likely to support a team even when it shouldn’t be supported. Think of Astros fans sticking with their team, rationalizing away in service of their loyalty, despite the team’s rampant, flagrant cheating through sign-stealing.

The purist’s loyalty is likely to keep them tuning in even when strong moral reasons point toward opting out.

Therefore, in lacking these loyalties, the fair-weather fan is freer to respond appropriately to the suite of reasons that bear on how we ought to engage with sport.

In that sense, we’d all do better to be more like the fair-weather fan.