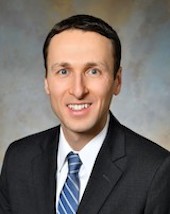 Money is always a big factor in political discussions.

David Primo, professor of political science and business administration at the University of Rochester, wonders if our fears are overblown.

PhD, Stanford, 2002. American politics, campaign finance, corporate political strategy, corporate social responsibility, fiscal policy, and political bargaining. Primo’s most recent project on campaign finance is the focus of his fourth book, Campaign Finance and American Democracy: What the Public Really Thinks and Why It Matters, co-authored with Jeff Milyo (University of Chicago Press, forthcoming June 2020). His first book, The Plane Truth: Airline Crashes, the Media, and Transportation Policy (Brookings Institution Press, 2003) , co- authored with Roger Cobb, examines governmental responses to plane crashes. His second book, Rules and Restraint: Government Spending and the Design of Institutions (University of Chicago Press, 2007), focuses on the design and enforcement of budget rules and received the 2008 Alan Rosenthal Prize awarded by the Legislative Studies Section of the American Political Science Association. His third book, A Model Discipline: Political Science and the Logic of Representations (Oxford University Press, 2012), co-authored with Kevin Clarke, studies the role of models, both theoretical and statistical, in social science research. Primo has published articles in over a dozen journals including the American Journal of Political Science, Election Law Journal, Journal of Law, Economics, & Organization, Journal of Politics, and Strategic Management Journal, as well as in several edited volumes. Primo’s work has been supported by several organizations, including the National Science Foundation. His op-eds have appeared in national newspapers including the New York Times and Wall Street Journal, and he’s been interviewed on radio and television stations including Bloomberg and National Public Radio. Primo has testified before Congress multiple times on the subject of constitutional budget rules and budget process reform, and his campaign finance research was cited in 2011 by Chief Justice John Roberts in a US Supreme Court decision regarding the public funding of elections. In 2014, Primo created the Politics and Markets Project, which fosters education, research, and debate about the appropriate relationship between business and government in the 21st century. Primo teaches courses in American politics, corporate political strategy, and innovation and global business. He is a recipient of the Goergen Award for Distinguished Achievement and Artistry in Undergraduate Education, the Edward Peck Curtis Award for Excellence in Undergraduate Teaching, and the Undergraduate Professor of the Year Award given by the University of Rochester Students’ Association. Primo served as the Political Science Department’s Director of Graduate Studies from 2010-2017.

When you ask Americans what they think about money in politics, they don’t hold back. In the midst of the 2016 election, we surveyed a nationally representative group of Americans. A large majority agreed that elections are for sale to the highest bidder, that political contributions are like bribes, that the system is corrupt, and that major reforms are needed to restore the integrity of American democracy.

It’s not surprising that Americans believe the political system is rotten to the core—after all, that’s the message they receive from the media, politicians, reform groups, and scholars. Yet, in our surveys, Americans are skeptical that campaign finance reform would reduce corruption in any meaningful way. Why is that?

Well, our research shows that concerns about money in politics are less about discomfort with campaign finance and instead reflect a deeper cynicism about politicians. Americans view all manner of conventional political behavior, like trying to secure favorable media coverage, through a hyper-partisan lens that assigns corrupt motives to members of the opposing party. Opinions about money in politics are also shaped by partisanship. For instance, Democrats are much more willing to protect corporate political speech when the brand doing the talking is Ben & Jerry’s as opposed to ExxonMobil.

What’s more, our statistical analysis of state-level reforms shows that changes in campaign finance rules have had virtually no effect on the public’s faith in government —that’s contrary to the promises of reformers and challenges the assumptions behind decades of US Supreme Court rulings upholding the regulation of money in politics.

Campaign finance reform efforts are based on the belief that limiting money in politics will cure what ails American democracy. Our research shows that belief is mistaken.