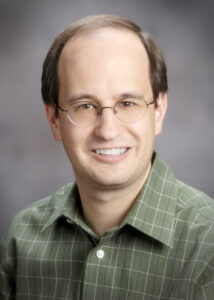 On Misericordia University Week: What do superheroes show us about ourselves?

Patrick Hamilton, professor of English, looks at popular culture through their stories.

Patrick L. Hamilton is a Professor of English at Misericordia University and, with Allan W. Austin, Professor of History and Government at MU, co-author of All-New, All-Different?: A History of Race and the American Superhero upon which this Academic Minute is based. Published in 2019 by the University of Texas Press, All-New, All-Different? received the John G. Cawelti Award for Best Textbook/Primer from the Popular Culture Association and the Midwest Popular Culture Association’s award for Best Book for Use in the Classroom. The book is based in part on a class the pair team-taught on race in comics from World War II to the present; that class was also the basis for a chapter they contributed to The Synergistic Classroom: Interdisciplinary Teaching in the Small College Setting from Rutgers University Press.

The Secret History of Race & Comics

Superman, the paragon of “truth, justice, and the American Way,” speaks to what Americans most want to believe about themselves. But the do-gooder intent on building a more equal world simultaneously campaigned against Japanese Americans in his World War II cartoons and comic strips, making blatantly racist arguments supporting their mass incarceration.

The contradictions Superman demonstrates regarding race parallel those that exist within U.S. society. Postwar liberalism encouraged Americans, on the one hand, to embrace abstract visions of equality and inclusion while, on the other, looking past structural issues that thwarted their realization.

This pattern persists over time. In the Civil Rights era, comics such as Fantastic Four and X-Men at Marvel and Green Lantern/Green Arrow at DC offered heart-felt sermons against racism, and both companies introduced numerous nonwhite heroes. But those sermons only moralized about racism, and nonwhite heroes were more often timeworn stereotypes than fully-developed characters.

In later decades, multiculturalism spurred a diversification of Marvel’s Avengers and DC’s Justice League while also spawning teams featuring nonwhite majorities like Marvel’s New Mutants and DC’s New Guardians. Whatever the creators’ good intentions, the persistence of stereotypes made these token efforts at best.

Superheroes, thanks to the silver screen, permeate the American consciousness now more than ever. But the same pattern persists. In contrast to the afro-futurist Black Panther or Thor: Ragnarok’s nuanced critique of imperialism, most of these films founder on the same contradictions, offering superficially inclusive conglomerations of characters that, in reality, relegate nonwhites to secondary roles as sidekicks and supporting characters.

Superheroes, like all popular culture, hold up a mirror so that we can better see ourselves. In it, we see a people that dreams of building a more inclusive society but struggles to imagine just how to do so.