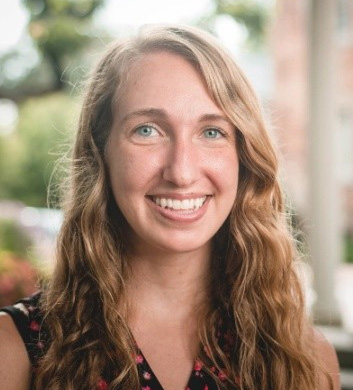 Each new student is thrust into the unknown of a different situation.

Kelsey Gray, a post-doctoral fellow in the Emory-Tibet Science Initiative at Emory University, explores the best way to adapt to a rapidly changing environment.

Kelsey Gray recently completed a Fulbright-Nehru Academic and Professional Excellence Fellowship at Drepung Loseling Meditation and Science Center in south India. She earned her BS in biomedical science with a minor in philosophy at the Ohio State University. Her undergraduate research experience studying skin cancer genetics motivated her pursuit of a PhD in genetics and molecular biology at the University of North Carolina. Dr. Gray was awarded a National Science Foundation Graduate Research Fellowship for her studies of a neuromuscular disease, Spinal Muscular Atrophy. She also examined development of undergraduates’ analysis of primary scientific literature. As a postdoctoral fellow with the Emory-Tibet Science Initiative at Emory University, she investigated the perceived relevance of science education and metacognitive regulation practices of Tibetan Buddhist monks and nuns.

Tibetan Buddhist leaders reached the momentous decision to add modern science to the traditional monastic curriculum in 2013. In our current study, we collaborated with the Dalai Lama’s Tibetan Buddhist monks and nuns studying physics, biology, and neuroscience to ask our research question, “How do monastic science students monitor their thought processes in unfamiliar learning settings?” Who better to learn from than monastic students who have been engaged with the science and art of examining one’s own mind for millennia?

Metacognition is often described as thinking about thinking, or as awareness of our thoughts and the ability to direct our thinking. Researchers have studied the role of metacognition in self-regulated learning, creative problem solving, critical thinking, and self-understanding. A 2019 study revealed differences in metacognition between introductory and senior-level biology undergraduates and identified some ways in which metacognition might develop over time.

Survey and interview responses from monastic science students suggest a method for nourishing metacognitive development in all learners. First, slow down. Second, reflect. Finally, connect the unfamiliar with the familiar.

Slowly, slowly, the unfamiliar transforms to the familiar.

Students reflect on the process of studying science, saying:

“When I feel this is very new to me and I get lost, I will slow down and I will try to become more focused.”

“We try to get examples from our own reference frame. When I learn science, I try to connect with my Buddhist knowledge – philosophical knowledge.”

Monastic students apply metacognitive skills developed during years of rigorous Buddhist logic and philosophy training when they are learning science. Undergraduate students also have the potential to develop metacognitive skills in a variety of settings and apply them in others, including the biology classroom.

Undergraduates are continually encountering new situations and acquiring skills to adapt to rapidly changing environments. Metacognition is a potentially powerful yet underused mechanism for helping undergraduates flourish in the unknown.