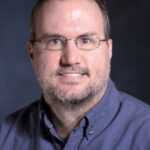 Matthew Boedy, assistant professor of rhetoric and composition at the University of North Georgia, looks to a past example of change to draw parallels to today.

Matthew Boedy is an associate professor of English at the University of North Georgia in Gainesville, Georgia. His longform article on the events of May 1970 can be found here.

What will students be like when our deserted college campuses come alive again?

Fifty years ago, campuses were also deserted after nationwide protests by students against the Vietnam War.

May 1970 often conjures up the shooting at Kent State where four died. But 11 days after that, two at Jackson State in Mississippi were also fatally shot by law enforcement.

Today, many have wondered how the current pandemic will change academia.

As a writing teacher, I am curious how students will process the pandemic, perhaps for the first time, in their composition class.

In 2012, a Kent State instructor named Barbara Becker Agte published a collection of letters written to her by her students in English that spring quarter. One of her students, Allison Krause, had died that day.

In her book titled “Kent Letters,” Agte notes she had written to the class after the campus closed to say whatever they wrote back would suffice as a final exam. She ended her note by saying they all would be getting As.

Some responded with poems; others editorials. Some visited or called to say they didn’t feel like writing.

But some tried to describe how they had been changed. Some were angry. Others wanted to hear about hope.

One voice gives me pause.

“During the past few months I have grown up considerably. I am more confused than I was before, but at least I am thinking. I will return to Kent next September, sooner if possible.”

This student reminds all instructors like me that good teaching begins where students are at. I look forward to a full campus. Sooner if possible.