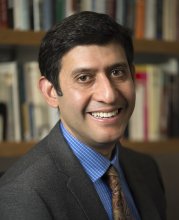 Are those in higher education talking the same language?

Johann Neem, professor in the department of history at Western Washington University, discusses three meta-vocabularies and why the least dominant could be the most important.

Johann Neem is a professor of history at Western Washington University. His written works include Democracy’s Schools: The Rise of Public Education in America, and pieces published in the Washington Post, USA Today, the Chronicle of Higher Education, the Seattle Times, and Inside Higher Education. Neem has also been interviewed on education for the New York Times, the Boston Globe, and in a feature for PBS Newshour.

My research argues that our debates over higher education have three meta-vocabularies—the utilitarian, the pragmatic, and the virtue-ethical.

The first two are dominant, especially among citizens and policy makers. To utilitarians, colleges must satisfy the preference of higher education’s consumers. To pragmatists, including many elected leaders, institutions must consistently evolve to meet the changing needs of society and the economy.

To virtue-ethicists, on the other hand, colleges have internal goods of their own—such as the cultivation of knowledge and curiosity about the world—and these internal goods require practices to sustain them—including valuing basic over applied research and teaching. To virtue-ethicists, colleges must change the world rather than just adapt to fit it.

Thus, how a university is structured and what faculty members and students do while in college shapes the ultimate educational and scholarly outcomes. Many of today’s most popular reforms seek to make higher education faster/cheaper/standardized but threaten the kinds of academic practices that cultivate intellectual virtues.

By understanding these meta-vocabularies, we can make sense of the ways in which participants in the public conversation around higher education talk past each other. We can also recover a shared language for liberal education.

I hope my research will help college students, their parents, voters, and policy makers understand the different perspectives that we can use to think about the purposes of college.

Ultimately, in my research, I wanted to understand why professors like me are uncomfortable with reforms that, to many others, seem to make common sense. By identifying these meta-vocabularies, I was able to see what was at stake for all who care about higher education’s future.