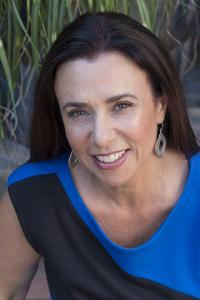 The flow of migrants into southern Europe has made classrooms more diverse.

Cinzia Pica-Smith, associate professor in the department of human services and rehabilitation studies at Assumption University, examines the relationships between Italian children and non-Italians.

Cinzia is an Associate Professor at Assumption University in Worcester, MA in both the Education Department and the Department of Human Services and Rehabilitation Studies. She has authored numerous peer-reviewed journals and articles focused on the interracial friendships of youth in schools; paying particular attention to how educators and school systems in both the U.S. and Europe can create equitable and socially just school environments to support young people. She was awarded a Distinguished Paper Award by the American Educational Research Association for her article about the raced, classed, and gendered deficit discourses related to so-called “at risk” youth and has been honored by the Association for Childhood Education International. Her most recent publication is a book titled Social Justice Education in European Multiethnic Schools: Addressing the Goals of Intercultural Education.

Because of migration patterns, Italian schools are increasingly diverse spaces in which children of different racial and ethnic backgrounds, religious beliefs, and cultural-linguistic practices interact daily. These spaces provide fertile ground for a continuum of interpersonal experiences from intergroup friendships to incidents of discrimination and marginalization.

In our study, 1314 middle school students in multiethnic schools in Southern Italy were surveyed to understand the extent of their intergroup relationships, their perspectives on intergroup friendships, and their intergroup cooperative as well as discriminatory behaviors.

A 63 item questionnaire was administered to learn to what extent Italian students’ relationships with peers—(both inside and outside of the school context)– differed from those of non-Italian students.