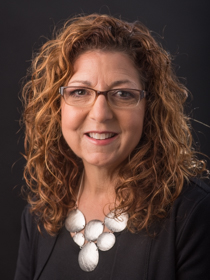 On University of Central Arkansas Week: Occupational therapy can be a benefit to those in juvenile drug courts.

1.3 million youth move through juvenile courts annually in the United States.  A large percentage of these adolescents meet the criteria for substance use and have behavioral health disorders. Juvenile Drug Courts aim to reduce substance abuse by providing strength-based services to empower adolescents and their families to become drug-free citizens.

Since 2015, our occupational therapy program has partnered with our county’s juvenile drug court to provide mentoring and collect evidence for a service-learning program based on the theory of Occupational Adaptation.

This theory focuses intervention on the internal adaptation process of adolescents as they pursue self-identified goals related to their daily roles and interests.

The mentoring program, offered in the Fall and Spring semesters, is administered by occupational therapy students under the direction of faculty. Weekly sessions include one-on-one and group enrichment activities. In data from one semester, five of six adolescents met the criteria of having three relative mastery ratings. An increase in ratings was noted for 67% of goals. Positive change scores were associated with good program attendance, specificity of goals, and a detailed plan for occupational responses. Lower change scores were associated with absent or vague goals and the lack of a plan to achieve their goal. This pilot research provides an example for how community providers can contribute to the mission of local juvenile drug court programs.